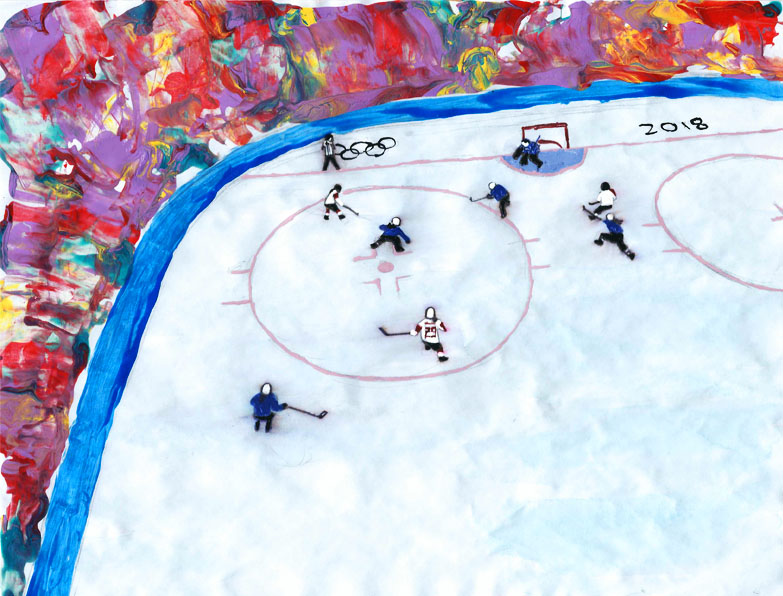 The final runs of the Men’s Slalom event were held on 22 February at the Yongpyong Alpine Centre. One of the best skiers in the world, Marcel Hirscher, lost out on a medal after struggling with Pyeongchang snow and making a fatal error. Sweden’s Andre Myhrer surprisingly took gold. The medalists in this event are as follows:

The Ladies’ Combined Slalom event also took place on Day 13 at the Jeongseon Alpine Centre. While Lindsey Vonn missed the podium in this event, fellow countrywoman Mikaela Shiffrin grabbed silver in the event. The medalists in this event are as follows: 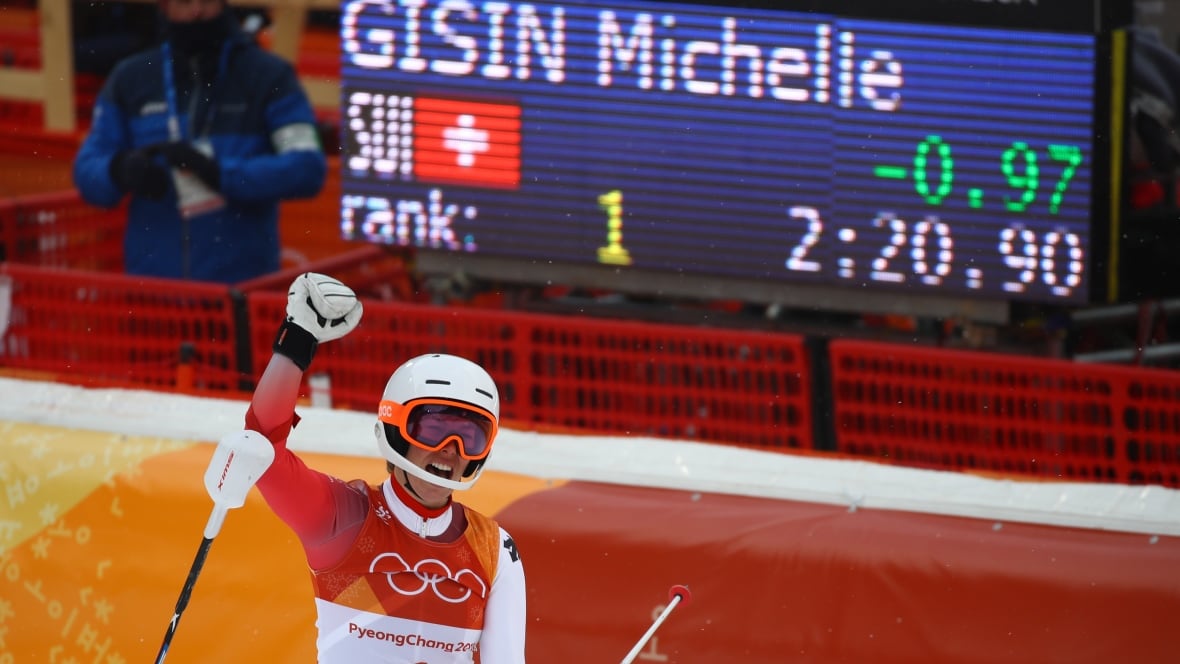 The Women’s 4x6km Biathlon relay event, held at the Alpensia Biathlon Centre, was an exciting competition. In the last leg, in eighth place, Sweden’s Hanna Oeberg managed to surpass seven skiers to claim silver in the event. The following teams placed in this event:

In bobsledding, the official training heats 3 and 4 for the 4-man bobsledding event took place at the Olympic Sliding Centre. Currently, Germany, South Korea, and France lead the pack respectively in first, second, and third. Training heats 5 and 6 will be held 23 February with the competition heats 1 to 4 on 24 and 25 February.

Image: After a sixth place finish in the 2-man bobsledding event, South Korea hopes to finish on the podium in 4-man bobsledding. (Image courtesy of Yonhap) 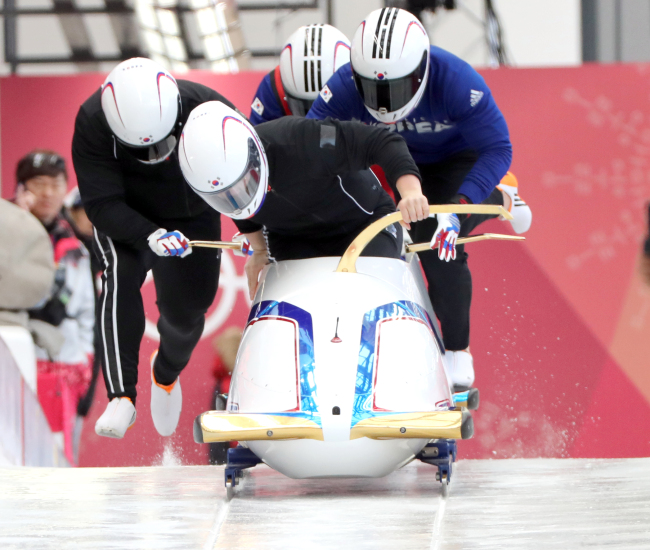 In men’s curling, a tie-breaker game followed by semi-finals were held at the Gangneung Curling Centre. Switzerland beat Great Britain to face Sweden in the semi-final, which Sweden won 9-3. The USA won against Canada 5-3, and will face Sweden in the finals match on 24 February. The bronze medal match, with Canada versus Switzerland, will take place on 23 February.

Image: Canada has always won a medal in curling since the game was introduced to the Olympics in 1988. The team hope to regroup and win the bronze medal match. (Image courtesy of Nathan Denette/The Canadian Press)

The Men’s Ski Halfpipe final took place at the Phoenix Snow Park. After two falls in the first two runs, American David Wise successfully defended his gold medal by scoring an 97.2 on his final jump. Fellow American Alex Ferreira claimed silver after posting three consistent runs all scoring above 90. The medalists are as follows: In Women’s Ice Hockey, the long awaited gold medal final between Canada and the United States finally went underway at the Gangneung Hockey Centre. Canada looked to earn its fifth straight Olympic Women’s Hockey gold medal, but after three periods and thirty minutes of overtime, the two teams were tied 2-2. In the penalty shoot-out, Team USA’s Jocelyne Lamoureux was able to get past Canadian goalie Shannon Szabados, allowing the Americans to defeat Canada 3-2 to earn the gold medal. The teams earning a spot on the podium were: At the Gangneung Ice Arena, the Men’s 500m final took place with four athletes racing for a place on the podium, including Canada’s Samuel Girard. In the end, China’s Wu Dajing claimed the gold with a World Record time of 39.584 seconds, while Girard finished fourth. The medalists in this event are:

The Women’s 1000m Short Track final was also held, with five women, including Canadian Kim Boutin, racing for a medal. Boutin, who has already won two bronze medals in this Olympics, added a silver to her collection, finishing behind Suzanne Schulting of the Netherlands. The following are the medalists in this event:

The finals of the Men’s 5000m relay event were held on Day 13, continuing from the heats on 13 February. The Canadians, consisting of Samuel Girard, Charles Hamelin, Charle Cournoyer, and Pascal Dion, claimed the bronze medal, while the Hungarians claimed the gold with an Olympic Record-breaking time. The following are the medalists in this event:

Image (bottom): Canada’s Kim Boutin picks up her third Olympic medal of these games with a silver in the women’s 1000m short track speed skating event. (Image courtesy of the Toronto Star)

The Ladies’ Big Air event continued from the qualifications round on 19 February with the finals held at the Alpensia Ski Jump. Austria’s Anna Gasser earned the first ever gold medal in the event’s Olympic debut, with a score of 96 on her last jump. The medalists in this event were: 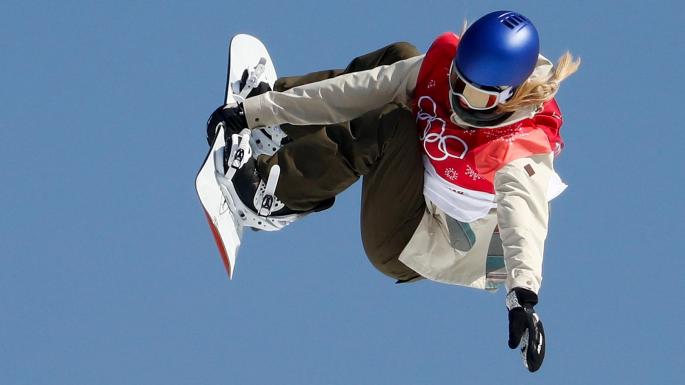 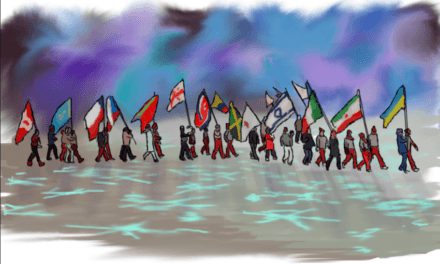 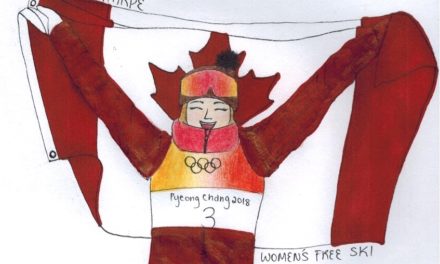 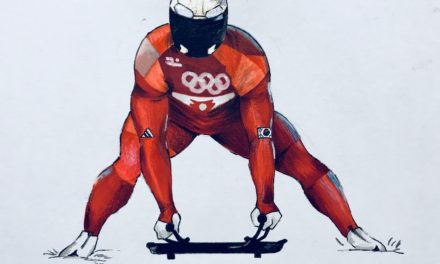 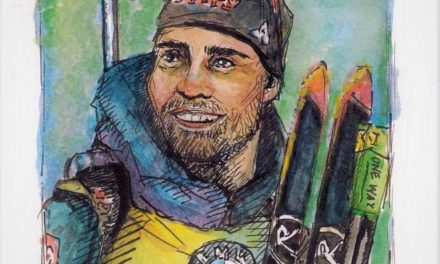