The 2018 PyeongChang Winter Olympics nears its end with its fifteenth day on 24 February. In terms of total medals, Norway continues to lead with 38 medals, followed by Canada and Germany with 29 and 28 medals respectively. Germany and Norway currently tie for most gold medals, with 13 each, followed by Canada with 11 gold medals. Day 16 will be the last day of the PyeongChang Olympic Games, and the closing ceremony will be held at 6:00 am EST.

On 24 February, the Alpine Skiing Team Event was held for the first time ever. In the big final, Austria faced Switzerland for the gold medal, while Norway competed against France for the bronze medal in the small final. The following teams received medals in the event: 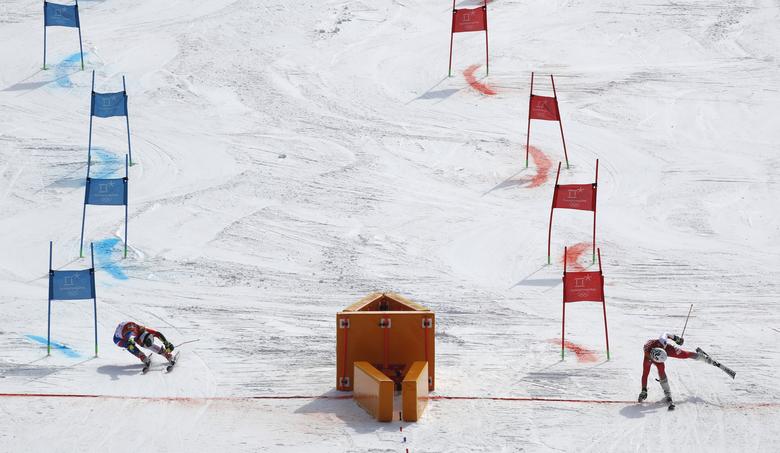 The first two of four heats of the 4-man Bobsleigh event were held in the Olympic Sliding Centre. The first heat ended with Francesco Friedrich’s team (Germany) in first place, setting a track record of 48.54 seconds. Alexander Kopacz’s team (Canada) also broke the start record with their time of 4.82 seconds. Cumulatively, after both heats, Friedrich’s team (Germany) is in first place, followed by Won Yunjong’s team (South Korea) and Nico Walther’s team (Germany) in second and third respectively. The remaining two heats will be held on 25 February to determine the medalists in the event. Image: The Canadian Bobsled team competing in the 4-man Bobsleigh event following a record 4.82 second start. (Image courtesy of Reuters)

The Men’s 50km Mass Start Classic event in Cross-Country Skiing was held at the Alpensia Cross-Country Centre. The medalists in this event are:

Image: Iivo Niskanen of Finland leading the pack on his way to a gold medal in the Men’s 50km Cross Country Mass Start Classic. (Image courtesy of Reuters) 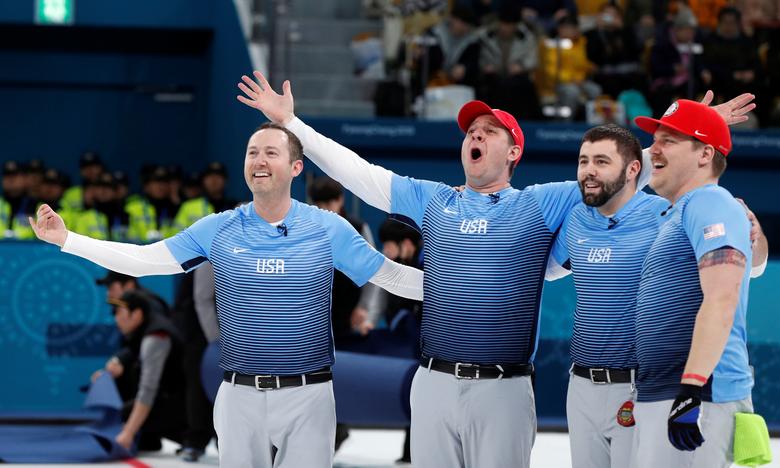 The Men’s Curling gold medal game between Sweden and the USA was held at the Gangneung Curling Centre. It was a close match after a majority of the rounds but the USA scored five points in the eighth round, ultimately leading to a 10-7 victory and the gold medal. The medalists in Men’s Curling are:

Later, the Women’s Curling bronze medal game between Great Britain and Japan were also held at the Gangneung Curling Centre. Although Great Britain held a 3-2 lead after the fifth round, Japan scored an unanswered point in the eighth, ninth, and tenth round to win the bronze after a 5-3 victory. The gold medal match will be held on 25 February, in which Sweden will compete against South Korea.

The Men’s Ice Hockey bronze medal game was held in the Gangneung Hockey Centre. Canada faced off against the Czech Republic to determine who would finish on the podium. The first period ended with Canada holding a 3-1 lead. This was followed by a stalemate in the second period in which neither team scored a goal. In an eventful third period, Canada scored another three goals but was met with the Czech Republic earning three of their own. However, it was not enough and Canada would take the game, and the bronze medal, with a 6-4 victory. Germany will play the OAR in the gold medal match on 25 February.

Image: Chris Kelly of Canada celebrates with his teammates after scoring Canada’s fifth and ultimately game-winning goal against the Czech Republic during the bronze medal match. (Image courtesy of The Globe and Mail) 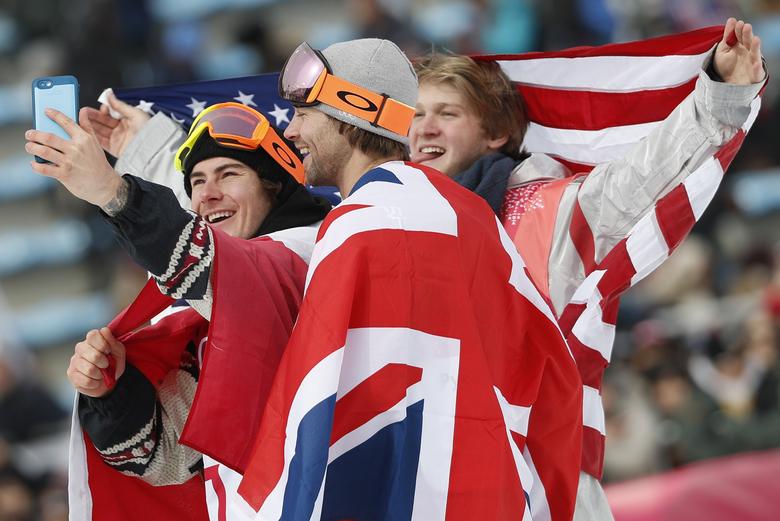 The Men’s Big Air Finals for snowboarding were held at the Alpensia Ski Jumping Centre, following the qualification runs on 21 February. After three runs each, the two best scores of each athlete were summed to determine the winners. Sebastien Toutant’s gold medal is Canada’s 500th Olympic medal. The following athletes received medals in this event:

Image: The medalists of the Men’s Big Air event celebrate with the flags of their country. (Image courtesy of Reuters

All runs of the Women’s Parallel Giant Slalom event was held at Phoenix Park. In the big final, Czech Republic’s Ester Ledecka and Germany’s Selina Joerg competed for the gold medal. Ledecka took home the gold medal, becoming the first female athlete to win gold medals in two sports at the same Winter Olympics games, as she also won the Super-G Skiing event as well. The small final, in which Germany’s Ramona Theresia Hofmeister faced OAR’s Alena Zavarzina, determined the winner of the bronze medal.

The Women’s Mass Start and the Men’s Mass Start Speed Skating semifinals and finals were held in the Gangneung Oval. This was the first time this event has been held for either gender. In the women’s event, the medalists are:

The medalists of the men’s event are: