4 years ago, Lionel Messi and Cristiano Ronaldo were still at the height of their El Clasico prime, locked in a timeless deathmatch for eternal greatness; 4 years ago, Canada was ranked lower than Uganda and Cape Verde Islands, two african nations that suffer from severe poverty and political instability; 4 years ago, David De Gea was the unequivocal best keeper in the world, a legend of Spain, and this year he won’t be going to the World Cup at all. Safe to say soccer has changed quite a bit since this tournament was last held in Russia.

However, with the kickoff so imminent, I think we all better ask: how bad should we feel about watching this year? If you haven’t been tracking the storylines, here is the gist: Qatar is notorious for committing various human right abuses, such as its discriminatory policies against the LGBTQ2+ community. They were also recently accused of bribing its opponents in their opening match, Ecuador, to deliberately lose. FIFA, the International Federation of Association Football, is also not without its own faults, with decades of corruption on its resume. For instance, when Qatar was selected to host this year’s competition in 2010, their national team was ranked 99th in the world, and it had 1 stadium capable of hosting an international game. But let’s take politics out of this, because we are all here to watch a sport that transcends misuses, something that brings connections deeper than the manipulation of the game by profiteers and autocrats.

If you don’t follow soccer, the tournament works with a group, single-elimination format. The 32 teams are divided into 8 groups and play against each other once, and the top 2 best teams in each group qualify into the elimination bracket starting from the round of 16. Half the teams are eliminated each round until 2 remain.

Each game lasts 90 minutes (two 45 minute periods). Ties are decided by an overtime of 30 minutes. If the game is still tied after 30 minutes, there is a penalty shoot out in which both teams shoot five shots. The team with the most successful attempts is named the winner. In the case that both teams score and miss the same amount of shots, the shootout continues tit-for-tat until one team finally misses while the other scores. 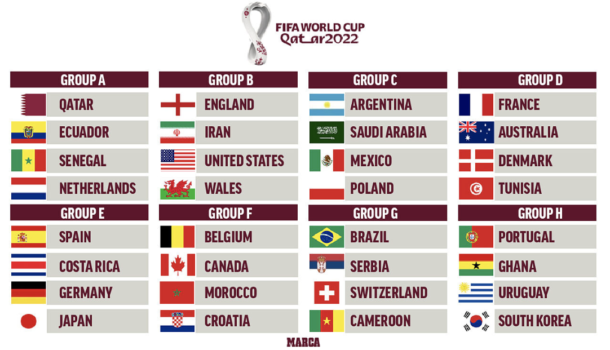 (Here are the groups, with Canada being placed in Group F)

With a new scenery, and Canada finally making the tournament in nearly 40 years, let’s sit back and analyze our chances. Oh, did you say you don’t care about soccer? You’re here only to impress your friends and fit in? Fine. Then let’s look at how and who you should bandwagon this time around, and sadly, the Canadian squad led by Alphonso Davies and Jonathan David probably won’t be your best bet. 😢

However, the best part is, it’s still anyone’s bet as to who will take home the long coveted Jules Rimet Trophy. We have our bets on Messi’s Argentina, but any other team quite frankly could have a run as well.

So, let’s look at the “favorites” and help you decide who you should root for:

Who are they? The defending champions from 2018. A squad bristling with razor-sharp world-class attackers like wonderkid Kylian Mbappé and recent Ballon D’or winner, Karim Benzema.

What’s wrong with them? Star striker Mbappé was just handed a massive contract by PSG, a team completely owned by the Qatar government. After having such a long history of controversies and bribery, I would not put such a horrendous act of chicanery past the Qatari autocrats. We’ll definitely look forward to Mbappé’s performance. 😉

Oh, and by the way, France could be affected by the “Champions curse”, a term used by many fans to explain the phenomenon of the previous winners failing to make it out of their group, something that has surprisingly happened every World Cup since 2006.

Outlook: Anything other than winning will be a disappointment as the defending champions, and I love their chances!!! (I’m not just trying to jinx them..)

Who are they? The top-ranked team in the world. Another side that’s spoiled for attacking talent, with Neymar, Raphinha, and Richarlison. They’re incredibly well rounded as well, with world class players all around the board.

What’s wrong with them? Honestly, not a lot. Brazil’s biggest adversary will probably be GIFs of Neymar acting like he’s been hit with Avada Kedavra any time a defender breathes on him heavily. I’d definitely look one up if you haven’t seen them.

Outlook: Another early favorite. A legend in the game looking to recapture its glory. Not a bad bandwagon choice considering its squad depth and star power. But the biggest reason to root for them is definitely Neymar’s ego; after PSG handed Kylian Mbappé that contract and basically ownership of the club, that man definitely needs an ego boost. He will not be taking another L.

Who are they? The South American champions. Home of Lionel Messi, one of the world’s biggest stars across all sports and a leading GOAT candidate in soccer. They are DESPERATE to win what will likely be Messi’s last World Cup after falling short in the 2014 final.

What’s wrong with them? The pressure on Messi to lead his country to international glory is  most definitely soul crushing and winning COPA America probably didn’t help much. Even though they haven’t lost in 36 games, spanning all the way back to the end of 2018, they are still rather dependent on Messi to perform.

Outlook: Win a very achievable World Cup, handing Messi the unrivaled title of GOAT, or leave the biggest void on the resume of the potential best player of all time. But no pressure, we definitely won’t be heartbroken 😀 (another good bandwagon choice, rooting for Messi at his last World Cup will not wrong you)

Who are they? A team that’s probably not going to win the World Cup (no offense, trust me, we really would rather have them win than Brazil). But also a team with the other GOAT of our generation, Cristiano Ronaldo. His pride definitely won’t take a loss without a fight.

What’s wrong with them? On paper, this team is one best in the world, but getting the individual stars to function together will be a challenge. Players like Ruben Dias, João Cancelo, and Bruno Fernandes have shown their ability at club level, but haven’t shown the same ability for Portugal yet. But of course, the elephant in this locker room is Ronaldo. He’s the other potential GOAT of this generation; however, after getting sued by his own club, Manchester United, it’s unclear what form he will be in for this world cup.

Outlook: Maybe a semi-final appearance, and a chance at the final for a Ronaldo Cinderella story. A risky option, but if Ronaldo puts up the best performance of his life, you could end up a legend.

Who are they? A team that will have all the talent to perform well, but definitely won’t win the World Cup (remind us to delete this article if they somehow do win the World Cup). England is currently in the midst of one of their many “golden generations”. With top goal scorer Harry Kane still performing at an elite level and youngsters like Mason Mount, Phil Foden and Jude Bellingham showing promising signs of greatness, they definitely have one of the deepest squads in the tournament. So I guess we’ll find out whether they live up to the pressure, or crumble beneath it.

What’s wrong with them? It feels like every few World Cups, England recreates another team of generational talent, but it never ends up actually working out. Maybe it’s the high expectations, the crazy fans, or the English press constantly sabotaging the team with headlines, but they haven’t won a World Cup, or any major international trophy, since 1956, despite always having world class talent.

Outlook: England are the favourites to win their group, and have a fairly easy path to the semi-finals, but that could very well be as far as they’ll go. They are not our personal choices, but who knows, maybe this article won’t be published for long. 🙈

If you have any bit of loyalty and self-decency however, let’s look at the Canadian squad heading to Qatar.

Who are they? A team that hasn’t been in the World Cup since 1986, but we are finally back, and back with a vengeance. Canada’s squad has stars in Europe, like Alphonso Davies, Jonathan David, and Cyle Larin; they performed exceptionally well during the qualifiers. The individuals shined and the system showed great promise.

What’s wrong with them? Canada has dominated the rest of North America, but that’s about all they have to their name. This young group has essentially no international experience, so it’s rather unclear how they’ll face up against Belgium and Croatia in their group, and how far they can go beyond that point if they make it into the elimination bracket.

Outlook: This team is polarized with potential and reality: They could easily win no matches and crash out of the group, but I would not put it past them to make the greatest underdog run this year. Let Canada surprise you with the underdog story of the ages. 🤞

Things are definitely looking spicy this year, and this piece could not ever do justice to the competition in Qatar. If you’re not already a fan of the game, this is the best time in a long time to pick a side. Good luck choosing!

(p.s if you ever see Darian and I in the halls, drop by with your bold predictions!)

By: Darian Yan and Sam Li 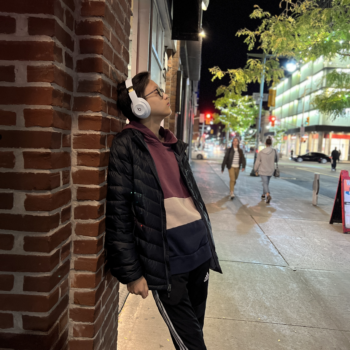 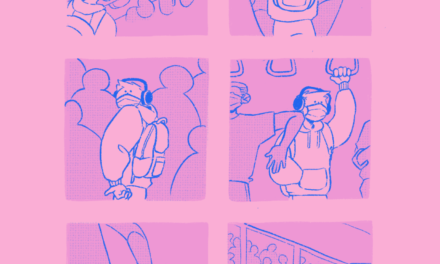 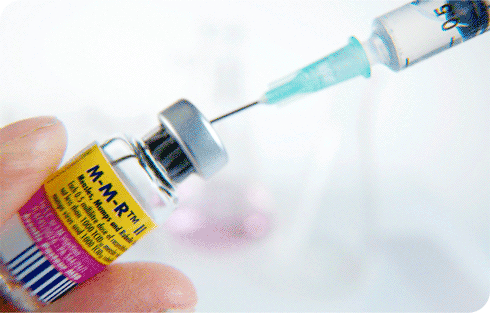 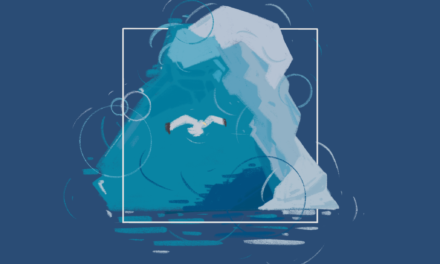 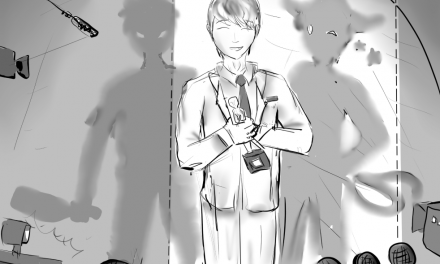