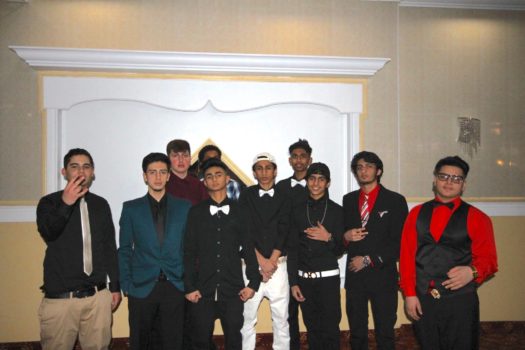 Tickets were sold from 5 February to 12 February during lunch at the SAC office. Early-bird tickets went for $32 on the first day of sales with regular tickets being sold at $35. In total, there were one hundred and seventy-six tickets sold. However, due to the expensive venue, the net profit from ticket sales amounted to around $100. SAC has yet to account for the cost of printing tickets, but Muqadas has stated that they will break even.

“We were a little concerned about ticket sales before the last day, which was when the majority of tickets were sold,” said Muqadas. “It was great that everything came together at the end.”

Although doors were to be closed at 6:30 pm, most students arrived during this time if not later. Teachers supervised bag checks as students trickled in, while Mr. Sharp ensured that all water bottles were emptied. Food was provided at around 7:30 pm in a buffet style with a variety of different food choices, and organized by table numbers to avoid long line-ups.

The colour theme of Semi-Formal was pink and white in honour of Valentine’s Day. An exciting highlight of this year’s event was the MGCI Semi snapchat filter that the DJ helped SAC provide. SAC President, Lisa Wang, posted frequently on the SAC Snapchat account with each picture or video racking up at least seventy-five to one hundred views. Pictures were also taken with DSLR cameras by SAC members. Similar to last year, a popular place to take photos was in front of the balloons that spelled out “Semi 2018.” 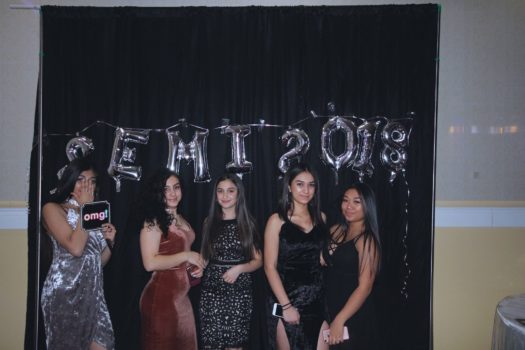 Two rounds of dance-offs were organized—one for boys and one for girls—with student Ali Bokhari emceeing on the DJ stage. Prizes included two Foot Locker gift cards, and one from both Sephora and Roots, each valuing at $25. Best dancer for boys was Firdous Nabizada, and best dancer for girls was Zimman Yousuf. Teachers also danced along the sidelines of the dance floor, with Mr. Lawrence even jumping in at one point to dance with the students.

The event was very well-received, with the majority of students staying to dance and socialize until the end. “I love how everything flowed together this year,” states Muqadas. “I’m very pleased with how everything turned out, and the DJ’s help also. We have him to thank for the snapchat filter.”

SAC advertised Semi-Formal through social media, frequently updating on the MGCI Updates Facebook page, and on SAC’s Instagram and Snapchat accounts. SAC also promoted the event during the grade rallies held a week before, and through daily announcements.

Amy Chen is a senior Life writer and artist for the Reckoner. Her favourite colour is the sky, and she spells using OU instead of just the O because she was born a Canadian and not a monster. Every morning, she religiously pours frozen blueberries into her cereal, finding the slow process of the milk freezing over each individual blueberry endlessly satisfying. An unironic Kanye West fan, her current guilty pleasures include (but are not limited to) watching "The Best of Cardi B" compilation videos, biting into string cheese without stringing it, and following Cool 3D World's Facebook page.