She woke to a piercing beam of light from the crack in the blinds, sunlight landing perfectly on her eye. She grumbled and rolled over. The bed felt bigger than usual. But the harsh light was inescapable, and eventually she gave up on sleep. Her quiet breaths were the only sound in the empty apartment. Her legs swung over the edge of the mattress, feet brushing against the cold apartment floor. She let out a shaky breath, not wanting to wake up the pillows in the corner of the bed.

Her feet padded soundlessly across the hardwood to the window shades. She pulled them open, blinking as her eyes adjusted to the light.  Her hand brushed gently over the warm wood in the corner of the windowsill where the sun shone the brightest. It was bright, but not as bright as it had been when it radiated from her sunshine perched on the windowsill.

She turned away, leaving her bedroom and walking the short hallway to the kitchen. “Are you hungry?” she asked the hallway lamp, but it stood silent as always. Her feet sidestepped the bowls on the floor as she shuffled over to the cabinet to grab a mug. She opened the next cabinet and grabbed a packet of tea from the box. The box was alone in the cabinet, except for the stack of cans beside it. There were four cans in the stack, as there had been for the last two weeks.

As she waited for the kettle, she knelt to the ground, instinctively picking up the empty bowl that lay in the corner of the room, then put it back.

Sighing, she turned off the kettle and poured the water into her mug. Although wisps of steam rose from the cup, the water was still dishearteningly lukewarm. She always underestimated how long it took for the water to reach the perfect temperature.

As she sipped the tea, she realized she wanted to watch a movie. Something simple, comforting. She sat carefully on the couch, watching her feet to make sure she didn’t step on anyone’s tail. She reached for the remote and turned on the TV. The remote was now always where she left it, and not buried in between the couch cushions or squashed under a warm bundle of fur.

“What do you want to watch?” she asked the empty seat on the couch. It didn’t give good advice.

Eventually, she settled for a Christmas classic. It was December after all, even though she wasn’t in much of a festive spirit. She hadn’t put up a tree, despite knowing that nobody would paw at the lower branches and reach for the low-hanging ornaments until she had to shoo him away.

The movie started, and she tried to focus on it instead of the weight that was missing from her lap. She couldn’t bring herself to move from the couch, so a second movie played automatically, and then a third. By then, she was a nest of two blankets, three pillows, and one warm body. Only one.

She turned off the TV, its screen fading to black. The unlit screen reminded her of a hole she’d seen in the ground two weeks ago, entirely too dark and cold a place for her sunshine to rest in.

Her thoughts darted around faster than her hand could flick a laser pointer. Tears fell from her eyes as she clutched the fluffy blanket, squeezing it tightly — but not too tightly —  in her arms. Did the blankets still smell like him, or was it just wishful thinking? But no one nuzzled a furry face against her cheek or licked at her tears. There were no comforting purrs or murmurs in her ear.

Everything reminded her of him; the empty water bowl in the kitchen, the scratches on the side of the couch, the stain in the carpet that she could never get out. She closed her eyes, waiting for the tears to slow their descent, for her breathing to even out. The bitter aftertaste of the tea still hung in the back of her throat. The clock on the far wall read that it was nearly seven, time for dinner. She realized she’d forgotten lunch, no meows or pleading stares reminding her it was time to eat.

She separated blankets from limbs, shaking them out and folding them neatly on the far side of the couch. She didn’t want anyone to climb inside the tangled mess and get lost in it later. She walked to the kitchen, grabbing a cup of instant ramen and turning on the kettle. Her mom always reminded her that, if she didn’t eat something healthier, she’d never grow taller.

But it was hard to care about growing taller. To care about the future, in all its falsified glory. What was the point of looking forward, when she knew there wouldn’t be anyone waiting for her by the door, purring and wrapping a tail around her leg? No one would wake her up in the middle of the night with a bewildering yowl or leave hairballs on the kitchen tiles for her to clean up.

She had taken two weeks off work now, wasting away in the off-white walls of the apartment. Rent piled up. Her parents insisted she come home, now that there was no pet her father was allergic to. But she couldn’t leave yet. Not while she could still feel his presence in the air, still see the traces he had left behind. Not when she knew her beloved sunshine lay beneath a tree twelve stories down, in the small grassy park behind the building. Sometimes she could even trick herself into believing a noise was him hissing at a bird through the window, that he’d slink into the room and hop up onto her lap at any moment.

She poured the boiling water into the noodles, carrying the bowl to the dining table. She walked past the first chair– his favorite chair– and sat at the second. Her laptop caught her attention, partially hidden under a few papers, where she had left it to charge the last time she left her bed.

She opened it and typed in her password. Instinctively, her hands moved to open a browser window, but she didn’t know what to type in the empty search bar. Her past searches appeared in a neat column below– Facebook. YouTube. What to do when your cat is throwing up.

She stared at the screen a few moments longer before shutting the laptop, pushing it away. She ate in silence, methodically picking through the soup until the noodles were gone. As always, she washed her dishes and placed them on the rack to dry. She walked to the bathroom, brushing her teeth before climbing straight into bed, careful not to disturb the pillow laying in the corner.

She curled into the bed that still felt too big and too cold, beside the pillow that still smelled like him.

In the morning, she would wake up to a face full of sunshine, but it was the only thing she wanted anymore.

She just wanted her sunshine back. 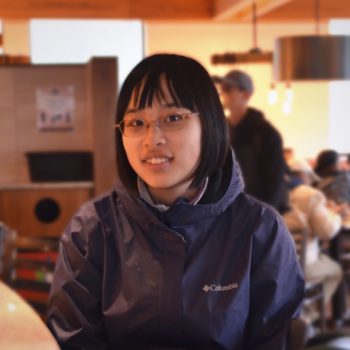