On 26 June 2019, the MGCI Athletic Council hosted the annual Athletic Banquet at Celebrations Banquet Hall. Doors opened for the venue at 5:30 pm and closed at 6:30 pm and over one hundred and forty students were in attendance to celebrate and give recognition to athletes for their dedication and efforts in representing Marc Garneau CI on various sports teams. 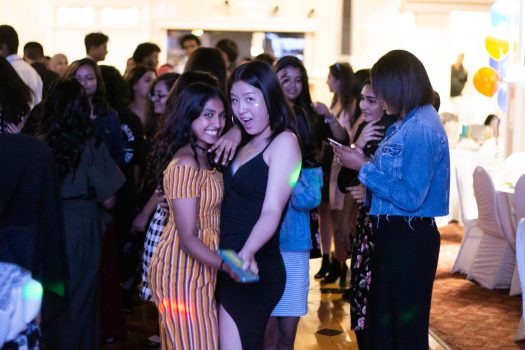 Awards were given for the most improved player (MIP), most dedicated player (MDP), and most valuable player (MVP) on each sports team and level. After the team awards, the athletes of the year were announced alongside the winners of the Chris Penny Leadership Award. Coaches began announcing award winners just before doors closed and covered athletes from twenty-eight categories. These categories included each sports team, sometimes separated by gender and level. A buffet-style dinner was served after the team awards were announced. Just after dinner, the winners for athlete of the year and the Chris Penny leadership award were announced. Four athletes of the year were announced; these were designated for a boy and a girl at both the senior and junior levels. The Chris Penny award is given to students who show leadership from athletics to the classroom, and this year there were two recipients.

The Reckoner would like to congratulate the following students for their athletic accomplishments:

Tickets were sold in the galleria to athletes for $10 and non-athletes for $30. A new addition this year was free transportation to the venue. There were two pick-up options available to students: Thorncliffe Public School and Gateway Public School. Buses made two trips to these stops to pick-up students and drop them off at the venue. The buses also had two times that they would leave the venue and it was made clear that any student who wanted to be picked up by a bus would have to take the bus back as well. When asked about the importance of transportation, Athletic Convenor Michelle Mackie said, “We decided to provide free transportation to students in order to increase the accessibility of the event and help increase attendance. The buses definitely helped with ticket sales.” Students noticed this increase, with student Sharif Siwa adding, “There seem to be more people this year so that’s nice.”

Guests received raffle tickets at the beginning of the event and winning tickets were drawn throughout the event. Eight prizes were available and included two $25 SportChek gift cards, two $25 Nike gift cards, two $50 Foot Locker gift cards, and two Raptors championship t-shirts. Many attendees were pleasantly surprised by the awards and noted that these were much more substantial than previous events. The event was well received, but when asked about possible improvements for next year, student Naveen Jaishankar commented that “The DJ could be better, I would want better music for next year.”

Overall, the banquet continued smoothly and students enjoyed the evening of prizes and dancing. When asked about the event and athletics in general for this year, Mr. Hillman said, “They did a great job, it’s fantastic. We offered all the teams that we wanted to at the beginning of the year and a lot of that is subject to teachers coming out and we’re grateful for that. It was also great to see the females repping themselves more this year than any year in the past.”