Over 22 000 high school students from around the world gathered at the Orange County Convention Center (OCCC) for the DECA International Career Development Conference (ICDC). The business conference took place in Orlando, Florida from 27 to 30 April 2019. Twelve students from Marc Garneau competed as part of the Ontario delegation after qualifying at the provincial competition in February.

Students competed either individually or as a team in one of six different categories: business management and administration, finance, marketing, entrepreneurship, hospitality and tourism, and personal financial literacy. Garneau’s members competed primarily in oral events, which consisted of a multiple choice exam and one or two roleplays, depending on the event. The roleplays present students with a fictitious business scenario for which they had to propose a solution or course of action. There were also written events, in which students presented a research-based business proposal, and Virtual Business Challenge (VBC) events that required students to manage a computerized business simulation.

The students flew to Florida on 25 April, two days before the start of the conference, which gave them time to settle in and prepare before the conference officially started. They attended training sessions where they were grouped with other students competing in the same event. During these sessions, they studied for their exams, practiced case studies, and reviewed their presentations.

ICDC kicked off with the opening session on 27 April. Students listened to keynote speaker Ben Nemtin and enjoyed a musical performance from the Blue Man Group. Prior to the session, students had the opportunity to network with and meet students from other delegations. Keeping with ICDC traditions, they traded and sold pins, hats, and other items representing their state or province. 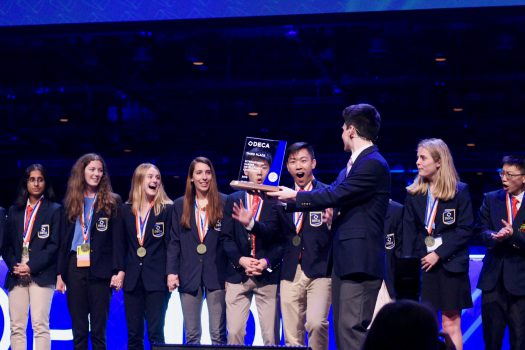 On 28 and 29 April, students competed in the preliminary round of competition. Competitors were divided into sections of sixteen to twenty students or teams. The top two finalists in each section were determined based on preliminary scores, and announced at the mini awards session on 30 April. Medals were given to the students with the highest scores on exams, roleplays and overall. Eight Garneau students qualified for the final round in their respective events, which took place immediately following the awards.

The Reckoner congratulates the following students for their accomplishments at ICDC:

ICDC ended with the Grand Awards Session to celebrate the students’ accomplishments. The top ten scores in each event were recognized on stage and received medals. The top three competitors in each event received glass plaques. Many students from MGCI DECA placed within the top ten, including Vice-President Tom Liu, who said, “Hearing my name called at ICDC and walking up on the stage was surreal. It feels so satisfying to see all the work put into this competition being recognized and it’s so amazing to hear my chapter and all of DECA Ontario screaming and cheering for you. It’s definitely a moment I won’t forget.” 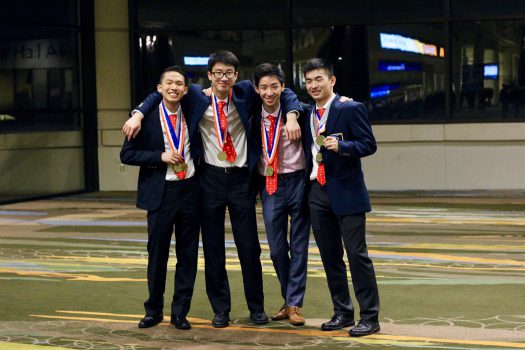 Once the competition was over, the students had a chance to relax and enjoy themselves. They visited Universal Studios and Disney Springs. On the last night, they attended the DECA Ontario Prom, a dance held for the entire Ontario delegation. A DJ was hired for the evening and students enjoyed a buffet-style dinner.

Talking about her experience at ICDC, Grade 11 student Angela Pang said, “The trip was so rewarding as it wasn’t just a competition as an individual, but rather an experience that the whole chapter shared together. Seeing others that you trained or supported succeed and grow was definitely the best part.” Overall, ICDC was a memorable experience, that gave students the chance to compete at the international level, develop business and leadership skills, and to bond with the other members of MGCI DECA.

Update of the Decade