I have to constantly slap myself in the face mentally to keep from judging people.

Don’t judge, I say on the TTC on my way to school. There are passengers screaming at each other, students whipping backpacks in my face, blasting music and crying babies and a woman who just brought the entirety of FreshCo on the bus. I have to remind myself it’s okay—some people are simply oblivious to the annoyance they cause others. I am constantly annoying people. It’s okay. The person three rows back who has claimed five seats with bags is totally justified.

Don’t judge, I hiss in the bathroom during class. Vape smoke filters under the stall door, and I’m holding my breath and trying so hard to drown out the sound of students gossiping. What happened to using the bathroom for the sake of using the bathroom, is what I’m wondering, along with how I’m going to disguise the sound of excreting my waste so the people hogging the mirrors outside don’t give me weird looks. Also, of course, there’s no more toilet paper on the rolls. There’s plenty on the floors though, so I guess that’s fair.

Don’t judge, I command while navigating through the hallways. What I don’t understand is how such a small student population can congregate and form a humongous, impenetrable mass of flesh. At this point, Trump could revoke his faulty plan to build his wall and use the student body instead. It would certainly make getting to class easier, as I am attempting to duck under arms, jump over feet, zip around stragglers and avoid crashing into a group in front of me who is moving at the speed of a glacier. All at the same time. It’s not working very well.

Don’t judge, I order as the teacher drones on and on and on about quantum computing or differential equations, I don’t know. I gaze around the classroom, and sure enough, no one seems to understand what’s being taught or why it’s even important in the first place. Of course, if the adults in life could be understanding to the emotional struggles of the younger generations, or be open to communication and negotiation, or even think about their actions once in a while, we would all be better off. But alas, that is not the case, and I am forced to watch as those around me descend into a downward spiral of stress.

Don’t judge, I warn on the drive home. We’re moving at about 1km/hour, and I’ve been forced to cover my ears to block out the cacophony of honking. There’s an overturned car on my left, the pieces of its bumper forming a glittering mosaic across the highway, and on my right, there’s at least five cars in the carpool lane containing just one person. Behind me, the driver is clearly intoxicated, and ahead of me, someone is observing their phone as much as they should be observing the road. A car cuts in front of us, nearly taking the side-view mirror with it, and the dog in the passenger seat gives us a menacing look. Of course, at the intersection, no one bothers with turn signals. Or traffic lights, for that matter. The pedestrians don’t bother with sidewalks either. It’s fine though, everyone might just be having a bad day, or maybe everyone just keeps forgetting how colours and symbols work. It’s totally possible.

I need to start slapping myself in real life.

Cynthia Wang is the Director of Web Development of The Reckoner. Since the beginning of quarantine, she's pretty much spent her entire life playing video games. During the rare times she decides to be productive, she is probably making tiny study notes, jamming to music while reading boring English literature, squinting at math formulas with Twitch streams on in the background, or crying in a corner over the (at the time of writing this biography) broken state of thereckoner.ca. Although she will assert dominance on you if necessary, you can usually win her over with cheesecake. 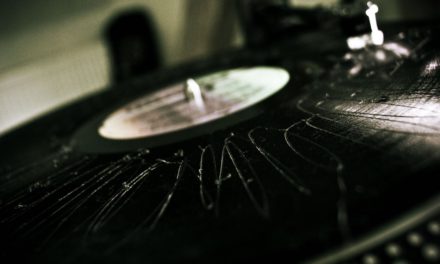