In a few days from writing this, I’ll be Shaving for the first time since late October, roughly one month ago.

Indeed, I do Shave. Shaving is one of those humdrum errands that play a part in my life (see: taking out the trash, washing dishes). The indicative end of an innocent childhood, the event horizon of a distant past, I engage in the act of Shaving. But that’s beside the point.

No-Shave November is an event dedicated to raising cancer awareness, where participants vow to let their facial hair grow uninhibited for 30 days. Years prior, without a single follicle to trim, I’ve always been engrossed by how people could muster up the courage to sport a clashingly new appearance for more than four weeks. Four weeks. I never thought that I’d be able to stick it out through such a feat, always backing down from the dread of ridicule, mockery, and the all-too-many contemptuous comments over Gramma’s dinner table. My friends would literally never look at me the same. Anyone I’d speak to—no, anyone I’d look at, would be automatically redirected to the bush surrounding my mouth and chin. After several contemplative showers, I decided that I had to try it. After all, it’s my last year in high school; if I was ever going to do it, this was the perfect time. It’ll be fine, I reassured myself, ready to conquer the world and everyone in it. If anyone asks, I’ll just say that I’m experim—

—four days in, I remembered that November 15th was the day of DECA regionals. The scrutinizing judge who I’d have to talk to for ten minutes about professional business inquiries was surely going to subtract a mark for each hair beyond 1cm. Any sense of etiquette would be instantly lost, and it would all be due to some hairy first impression. Cringing at the thought of it all, my honorable self remembered that this was a vow. I continued unShaven. To my surprise, given my score results published a few days afterwards, perhaps the judges prefer competitors with a tad bit of facial hair.

It wasn’t until two days ago, during another contemplative shower, when I had a few more realizations about the non-Shaving.
Only three people at school pointed it out, two of which commented once and never again. My extended family never brought it up, and
my parents joked about it only a handful of times. At the end of the day, no one cares about my facial hair.

Really, people don’t have the time to inspect and compare Shaving patterns. In reality, everyone’s growing a mustache of their own, carrying the same worries that I faced. Just as you may care if the right side of your chin hair is as short as the left, or that there’s still visible strands under your bottom lip from a three-foot distance, it’s doubtful anyone else is prepared or even willing to analyze those things. Of course, this is all a metaphor, but that’s beside the point. 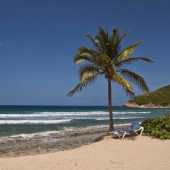