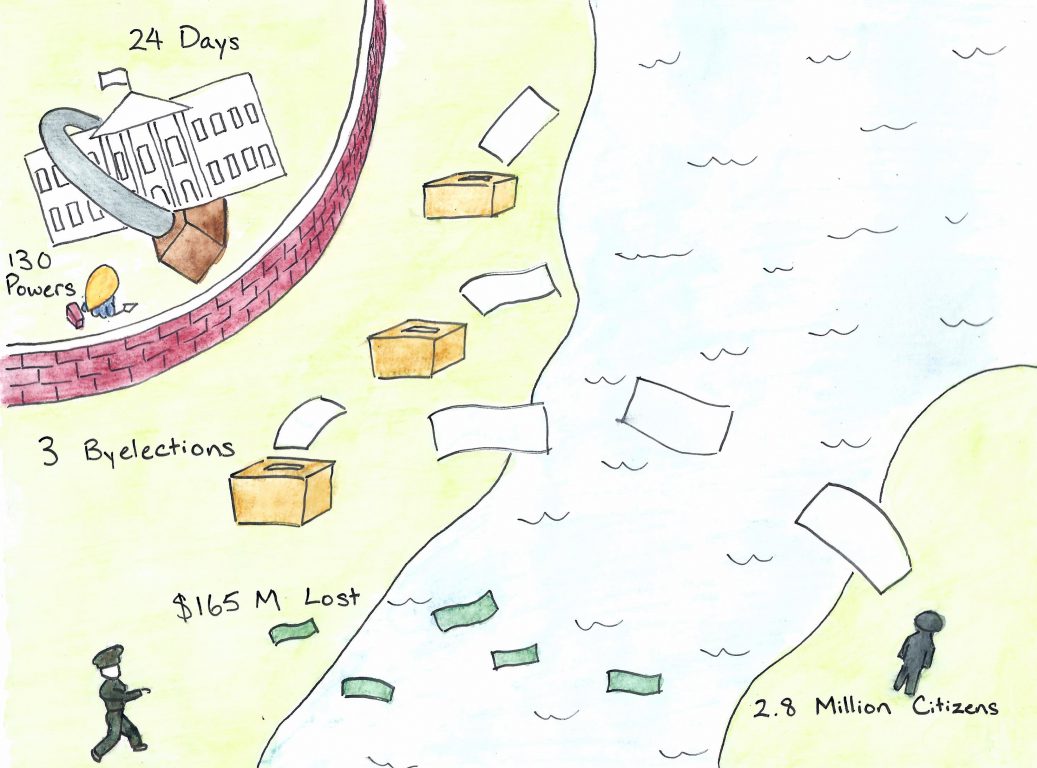 As of the time of this writing, the US government has been shut down for 24 days, making this the longest government shutdown in history. The shutdown began when President Trump refused to sign an appropriations bill because it didn’t include $5.6B in funding for his border wall. As the government isn’t being funded, thousands of government employees are either being sent home or forced to work without pay. People are unable to receive their tax returns, Native Americans aren’t getting the payments they rely upon for healthcare and infrastructure, TSA agents are either calling in sick or just quitting because they aren’t getting paid. In a singular bright spot of Canadian solidarity in this massive debacle, Canadian air traffic controllers sent dozens of pizzas to their American counterparts working without pay. [CBC]

In an effort to extract himself from the shutdown without being seen to give up on the wall, President Trump has openly considered declaring a national emergency in order to get it built. While this would allow him to get the wall built, it would also give him 130 other powers, including shutting down communications over the entirety of the US, and calling out the military for law enforcement purposes. Prominent Democrats are threatening legal challenges if he makes this move, as it’s legally dubious to declare a state of emergency when no emergency exists.
[Vox]

The Prime Minister recently called by elections in the ridings of Burnaby South, near Vancouver, York-Simcoe, north of Toronto, and Outremont, outside Montreal. Burnaby South is notable for being the riding NDP leader Jagmeet Singh has targeted to get his seat in the House of Commons. Things aren’t looking rosy however, as both the Liberals and the Conservatives have mounted strong challenges, and Singh is polling behind. If the NDP leader doesn’t survive this election, he is likely to be deposed. The by elections will be held on February 25th.
[CBC]

In a massive accounting error, the Ministry of Veterans affairs failed to account for a routine change in tax forms, and ended up shorting veterans almost $165M dollars in pensions. The problem was only fixed in 2010, nine years down the line, and even after that Veterans affairs tried to hide it, with the truth only coming out in 2017.Veterans Affairs has a history of financial incompetence, with Treasury repeatedly having to redo their financial estimates.
[CBC]

In a recent Supreme Court ruling, the Supreme court has given voting rights back to the 2.8 Million Canadian citizens living abroad. Under the previous law, Canadian citizens who hadn’t resided in Canada for over 5 years would no longer be able to vote. Expat communities will be able to vote in the upcoming election, so long as they can provide ID and a last place of residence.[CBC]