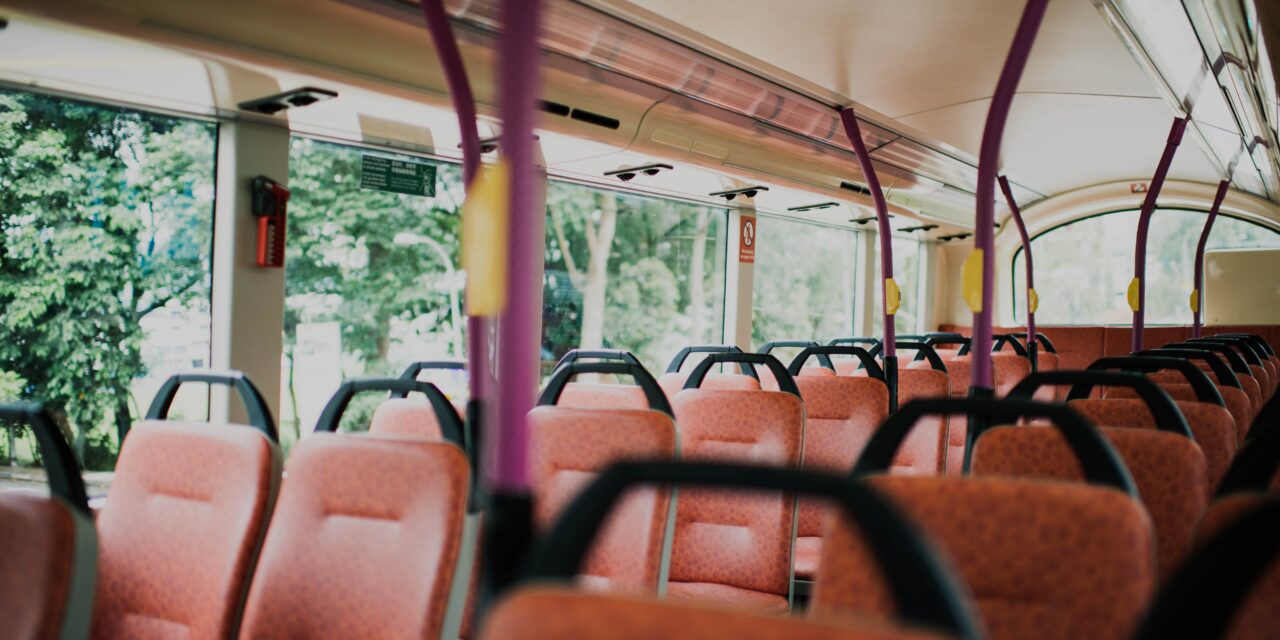 The school bus screeches to a halt, tires scraping the curb as the driver frantically turns the wheel to avoid driving onto the platform. A raspy sigh blows out from the rear end of the vehicle, and the doors slowly fold back for a herd of kids to stampede through. I’m lucky that I’m at the front, and my headphones filter out all the chaos of the mass of bodies behind me. I quickly scurry on board, with the pack of children right on my heels. They’re all eyeing for their usual spots, sometimes shoving those that have claimed their territory. I hurry to the back and breathe out a sigh of relief. My favourite spot is not taken. The one at the very back, right next to the window. I plop myself down and bring my backpack onto my lap, allowing my back to put its weight on the seat. Then I close my eyes as I wait for the bus engine to sputter alive and drop us off at our respective destinations.

Someone crashes down onto the seat beside me, bouncing me up a little. I jolt my head to see who it is. Usually, nobody sits here and it’s my own little corner. It’s a boy whom I don’t recognize. He’s facing the aisle and digging through the bag on his lap. A cartoon skull on the back of his shirt stares back at me with its hollow eyes and bald head. The boy himself has messy black hair, like overgrown grass with some weeds sprouting here and there. Weird taste, but at least he seems more reserved than most of the more… “free-spirited” boys in my class.

My song ends, and I take out my mp3 player to switch to another playlist. It’s an old one from my parents, and it’s the only thing that keeps me from completely shutting down on this crazy bus. It is my charger when I’m at ten percent battery, my fire to keep me warm in the dark cave full of bats, my own little hideout from the cold freezing rain. It’s my personal world builder — I can customize which destinations to visit. Anything beyond my creation will reduce to mere bugs. Annoying, maybe, but they won’t ruin the beauty of the overall picture. They might even contribute to the reality of it all. I close my eyes and lean onto the side of the window, watching my world unfold before my eyes.

The melody is a paintbrush, each definite stroke adds to the distinct delicate scenery of the destinations. The soft, summer breeze guided the flow of the clear, sky blue water. A frog’s tongue leaps out of its mouth and snatches a buzzing horsefly, then springs back to the rhythm of the gossiping birds. Then, the chirping and croaking die down. The flow of water and time warps as the scene changes into a fragrant flower bed. The flowers sway to the slow, lazy beat of dancing clouds. The sun and clouds pair up to act as the disco ball, the golden rays reflecting off the coloured petals of the vast field of plants. The taste of love wafts through the sweet scent of the waltzing garden. Sunflowers bend down to square dance with the clovers, foxgloves carefully foxtrot around roses and tulips, peonies do the rumba with the– elephant?

The blossoms’ hearts instantly suffocate under its crushing weight, and a sky-splitting blare from its trunk blasts the disco ball into smithereens. The atmosphere turns mucky, as if someone is vigorously stirring the colours of a beautiful palette together into an agonizing brown.

I pull my headphones off and flick my eyes open before my own heart is crushed by that rude intrusion. The moment I do that, I squeeze my eyes tightly shut. That one elephant has multiplied into a whole army, along with a swarm of bees. I can’t believe that there are still so many other students on this bus. And all the noisy and annoying ones too. Throwing paper snowballs, screaming at the person behind him for kicking his seat, all of them contribute to the uproar I see before me. Especially the boy next to me. The music pouring out of his phone is absolutely dreadful. Heavy drums, blasting trumpets (I now know why I saw elephants), banging cymbals — I feel like my brain is pounding against the insides of my ears, desperate to get out before getting stomped to death.

I don’t want to open my eyes, but I do want him to stop. With one hand pressed against my left ear, my right-hand feels for his shoulder. Except it ends up touching something soft and furry. I feel my face burn, and I also feel his head jolt up as he straightens from his slouched position.

“Uh…” I’m at a lost for words. After all, I just petted some guy’s head. And I barely knew him.

That catches me off guard, but it also calms me down a bit. At least he isn’t completely weirded out by me. Or pets me back.

“Could you, uh, maybe, not listen to your music?” Smart move, Harmony. You can listen to music, but he can’t, just because it bothers you? Try again before he takes it the wrong way.

“I mean, like, could you wear headphones or something?”

“Sorry, I couldn’t hear you there. What were you saying?”

Ah. At least he stopped his music. Since my head isn’t pounding anymore, I open my eyes before things get any weirder.

His face looks… different from what I thought he would look like, after seeing his shirt and messy hair. His eyes are a soft brown, not the disgusting brown his music created. Freckles are sprinkled onto both of his cheeks, standing out from his lightly tanned skin. His nose is slightly smaller than mine, or so I think. And his mouth-

He waves his hand in front of my face and I snap out of staring at his face. My cheeks go as red as his lips.

“Oh, yeah, I was asking if you could, you know, wear headphones when you listen to music?”

The boy stares at me for a second. Just as I was wondering if he was studying me, he looks back at his phone and starts scrolling through it.

I’m about to protest against his useless answer when he continues,

“But if it bothers you, I can stop. I’m going to be getting off soon.”

I breathe a sigh of relief. “Thank you, thank you.” I bow slightly. The boy gives me a quizzical look. “Um, no problem.” Then he goes back to scrolling through his phone.

Feeling accomplished, I slide my headphones back onto my ears.

Silence. Aside from the muffled buzzing of bees and wasps.

I slide my hand into my pants pocket and fumble with my mp3. The screen is blank. I press the power button. Nothing.

But the elephant must’ve stomped out the batteries too. The buzzing gets louder, pushing me deeper and deeper into the ground until I can’t-

“Hey, are you trying to start an earthquake or something?”

Yeah, and I hope all the bees disappear into the crack, I think. But I don’t say that, since I see that my legs are shaking so badly that it’s causing the seat to bounce. The boy’s head is literally bobbing up and down, while his knuckles are white from clutching his phone so it doesn’t shake out of his hands.

“Sorry,” I mumble, looking at my legs, trying to summon them to stop shaking.

The boy’s face softens a bit. “Are you seriously ok?”

Normally, I don’t like people pitying me like I’m a little kitten or something. But I’ve never had to ride the bus without music to calm me down. And I am seriously freaking out right now.

“I use music to focus myself. And calm myself down.”

The boy doesn’t seem to get it fully. But he seems to understand the important parts.

“So you need to listen to music, right? I can play something-”

My panic levels rise. “No no, it has to be relaxing music. Not pounding heavy metal. Not the kind of music you listen to.”

A wince of pain flashes through his face, and I feel a bit bad for saying that.

“How about you choose? I’ll just scroll through my messages while you listen.”

Before I can say anything, he clicks a music app and thrusts the phone into my hands.

“Don’t worry, it’s nothing. Don’t feel like you owe me or anything. Just… do your thing.”

The app platform is a bit foreign to me, but I find the search bar and type my favourite song in and press play. Music blasts out of the phone, and without thinking, I jam my headphone jack into his phone.

The boy smiles weakly, recovering from the blast of sound that shot out. “Yeah, go ahead. Mind if I loop the song?” I nod and hand him back his phone.

“Thanks again.” I try to smile as best as I can. He smiles back.

I close my eyes and lean the side of my head onto the window. I’ve replayed this scene over and over again in my head, and it never loses its beauty. Every fragrant scent, every sentimental feeling, every warm color echoes vibrantly in my mind. My leg stops shaking, and as more and more students get off, the buzzing fades and becomes softer and softer.

“Hey, missus, we’re at the last stop. You getting off?”

I spring up from my seat and pull my headphones down, fumbling to catch the boy’s phone that’s dangling in midair.

I’m supposed to be the only person at this stop. Where-

I look to my left. The boy’s gone. There’s a note scrawled on a piece of paper in his place.

“Luckily my phone can play music even if it’s locked. Yay, right?

“Give it back to me in class tomorrow. First period.

Or I will haunt you in your musical nightmares.”

He’s in my class? I’m surprised, but I don’t get enough time to wonder about it because the bus driver is screaming at me to get off.

At home, I listen to the song again on my bed, and let the scene play in my head.

Except this time, there’s a baby elephant, stomping to the beat. 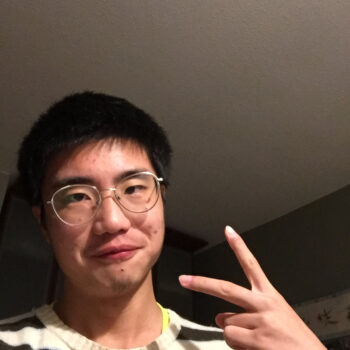 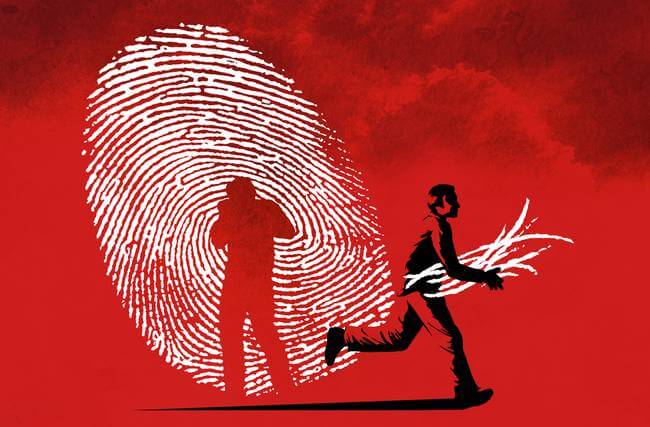 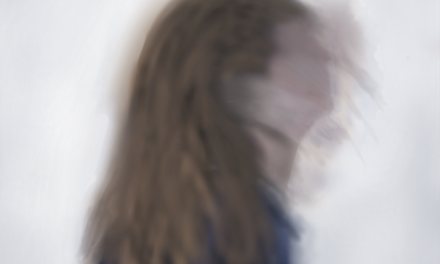 Tale of the Two