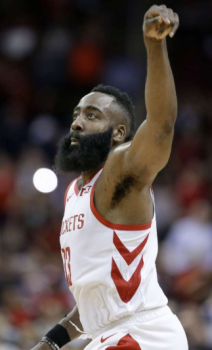 Game of the Night: Kings vs. Rockets

In a 132-108 victory, Clippers’ rookie Shai Gilgeous-Alexander scored 22 points and added 8 assists on 75% shooting. Montrezl Harell added 23 points for the Clippers off the bench on 77% shooting. Jordan Clarkson led the Cavaliers with 26 points.

Off a 29-point 10-assist night from D’Angelo Russell, the Brooklyn Nets defeat the Celtics 110-96. Gordon Hayward scored 19 points for the Celtics off the bench.

Despite losing 100-92 to the Heat, Knicks’ rookie Mitchell Robinson recored 14 rebounds, 3 steals, and 4 blocks. Luke Kornet added 17 points and 8 rebounds to go with 3 steals and 3 blocks for the Knicks. Dion Waiters led all scorers with 28 points for the Heat, and Goran Dragic chipped in 10 points and 10 assists.

Despite Pascal Siakam and Kawhi Leonard both sitting out, the Raptors soundly defeated the Bulls 124-101. Vanvleet scored 23 points on 60% shooting, Ibaka added 12 points and 12 boards on 63% shooting, and Lowry added 10 points, 7 rebounds, and 8 assists, all for the Raptors. Walter Lemon Jr. recorded 19 point, 6 assists, and 4 blocks for the Bulls.