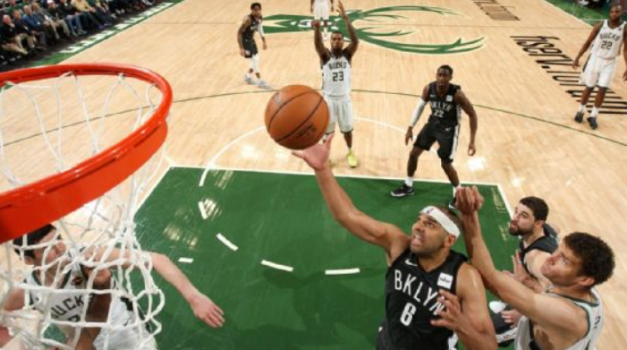 Jared Dudley (in black) attempts a basket over the Bucks. (Image courtesy of the National Basketball Association.)

As we near the end of the National Basketball Association (NBA) regular season, some nights have few games. Just two games were played around the NBA tonight.

Despite a rest-night for Giannis Antetokounmpo, the Bucks almost came back from a 15-point deficit, but ultimately lost 133-128 to the Nets. Eric Bledsoe scored 33 points for the Bucks to go with 11 assists. Khris Middleton chipped in 24 points, also for the Bucks. D’Angelo Russell led the way for the Nets with 25 points and 10 points.