1. My mother says, “Pick your battles,” which is a powerful idea, but can also be an excuse for complacency. I don’t know how to make the distinction between caring too much and not caring enough.

2. In elementary school, she was expected to do good deeds. This included sweeping floors at the local military training field, helping strangers unload their luggage at the train station, and also killing rats and flies. The latter was done to improve sanitation – although what good it did for hygiene is contestable, since students were encouraged to bring proof of their kills back to the classroom. Children collected dead flies and rat tails in boxes, and guarded them carefully lest someone stole their hard earned work. “It was disgusting,” she says, with a laugh. Nearly every elementary student living in China at the time must have done this. What else don’t I know?

3. I budget sleep by whether or not I’ll need to be functional the next day. I know that my friends are doing the same. Sometimes, I feel guilty if I do sleep, because I know they won’t.
I once cut a pomegranate in half, without breaking any of the seeds as I pried it apart. Later, I picked out all the seeds and crushed them individually against the walls of a white bowl, eating the crunchy pit. Pressing out all the juice took an hour. It was the sweetest juice I would ever drink.

4. I read somewhere that depression was linked to creativity. Hey, just look at van Gogh. Darwin. Half, or more, probably, of the literary figures we study. According to one study, after doing some intelligence/creativity tests, subjects in an experiment scored higher on the “depression scale.” Whatever that means. I don’t know if I’m skeptical because of the sketchy grounds for causality, or because I just don’t want to believe it. It’s possible to think deeply, feel deeply and be happy at the same time. Isn’t it?

5. I don’t have time to draw anymore. I feel this loss in my fingertips, in my lungs, behind my tired eyelids. Is it true that the things I “don’t have time for” are simply things I don’t really want to do?

6. I’ve stopped thinking about the future, beyond a sort of nebulous ideal I know is becoming less and less likely. I like, and dislike introspection. I recognize that it involves a fair amount of pretentiousness. It makes me think that life is more significant. It also makes me really sad. Turmoil is necessary for change, and, on a purely conceptual level, change is a good thing. I think we are all just hoping we can pull ourselves through the storm intact.

7. Everything is a trade-off now, and decisions aren’t going to come any easier. That’s not pessimistic, though. That’s just life; we negotiate our own lives. 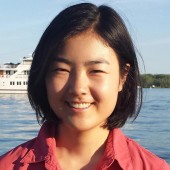 Yaning is a writer at The Reckoner. She has been collecting scrap paper from recycling bins since 2007. Yes, this means that the physics test you wrote last week and threw away upon receiving it back is now potentially in her possession. She likes maps and sketchbooks, which naturally means that she has too many of both, and not enough space to house all of them. She eats the brown, mushy parts of apples and bananas, and thinks everyone has a story worth telling.

Getting Along with Garneau’s Guidance Department

Walking to the Ocean