As February draws near, high school seniors are scrambling to complete their university applications in order to be accepted to the institutions of their choice. They, like most other North Americans, expect the final result to be based on their test scores, grades, extracurriculars, and personal profile, and to be judged fairly in the process. Unfortunately, this is often not the case. In many educational institutions, the presence of political discrimination is increasingly clear, whether in the hiring of professors, admission of students, or even in classrooms.

We often hear about the barriers between individuals who support different parties, and the conflict that occurs during discussions, both online and in real life. We hear about how we, as individuals, tend to avoid those who do not share our political ideologies. This reluctance to engage in debate poisons public discussion and hinders solutions to problems facing our society.

Not only is political discrimination common in our personal and social lives, but it is also prevalent in the education system. Though primarily prominent in the employment of professors, political partiality affects establishments of all sorts. Reputable institutions, such as the Iowa Law School, have long histories of discriminating against more politically conservative candidates, such as Republicans. In this case, out of the 50 tenured professors in said school, only one is a Republican, suggesting discrimination on the part of the hiring committee [1]. Similarly, psychologist Jonathan Haidt asked a room of 1000 professors if they were more conservative or liberal. Out of all the people in the room, 80% raised their hands for liberal, whereas only 0.3% of the professors raised their hands for conservative, which is statistically impossible [2]. This suggests either a hiring bias on the part of universities or a shunning of conservative professors, leading to embarrassment and an unwillingness to be openly right-wing. Haidt then compares the political discrimination against conservatives in modern educational institutions to that against homosexuals in the 1980s [2]. Through these examples, it is not difficult to recognize the political partisanship against professors of a more conservative background.

With the employment of more liberal professors and staff, it is natural to expect the same discrimination against students. Many studies, such as a Stanford research paper by Iyengar and Westwood [3], show that admission officials are more likely to base their selection on political beliefs than anything else. Conducted in June 2014, the study consisted of 1021 randomly selected participants from Survey Sampling International (SSI) to research political bias. As a cover story, participants were told that the selection committee for a $30,000 scholarship had stalemated over two finalists and ordered a survey to decide the winner. The two finalists had identical GPAs and similar extracurricular activities, except that one was the leader of the Young Democrats club and the other of the Young Republicans club.

The study found that partisan bias had the strongest impact on the decisions made by the vast majority of participants. Among partisans (both liberal and conservative), approximately 80% selected the candidate whose political views aligned with their own. In fact, most participants didn’t even glance at the individual qualifications of the candidates and instead based their entire decision on their political beliefs. Clearly, political discrimination occurs frequently, and is prevalent on the selection panels of academic institutions.

This is especially relevant in light of the recent US election, which represented the peak of hatred between individuals with different political ideals. For example, Matt Linder, a student and Trump supporter at Mount Royal University in Calgary, wore a “Make America Great Again” hat to school, and was immediately criticized by his classmates as they tried to make him take his hat off [4]. His classmates labelled his hat as “hate speech,” stating that he wasn’t allowed to “share hate language in a university.” They then went on to accuse him of being racist and homophobic. This incident, along with many more like it, demonstrates how the hatred between political ideologies in educational institutions is so deep that the mere mention of a phrase associated with an opposing politician can stir up public rage and conflict. This is especially disturbing in a university, where individual thought should be encouraged, not suppressed.

Although North America is known as one of the most accepting and progressive places in the world, we are often immediately judgemental of those with different political opinions. If the very institutions of higher learning that educate our youth shun the concept of free expression, then perhaps our tolerant reputation is undeserved. This contempt for opinions other than our own threatens the fundamental principles of the democratic society we so pride in. It is indisputable that our educational institutions should work to provide a safer, more tolerant space. Regardless of political leaning, left or right, professors and students deserve to be free of today’s discrimi‘nation’. 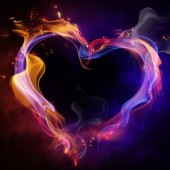 Angela Pang is an Editorial Board writer at the Reckoner. She is made of oxymorons: both a perfectionist and a procrastinator, both social and introspective, and a fan of using big words despite not understanding them. Although many tell Angela that she is too loud, she strongly believes that she talks and laughs at a regular volume. Aside from winning games of Uno, she enjoys choreographing dances, baking cheesecakes, and attempting to recreate ‘artsy’ calligraphy in her free time. In the future, Angela hopes to stop cropping her friends out for profile photos.

Self-Destruction or Innovation in Technology?

The Case for KIA MVP