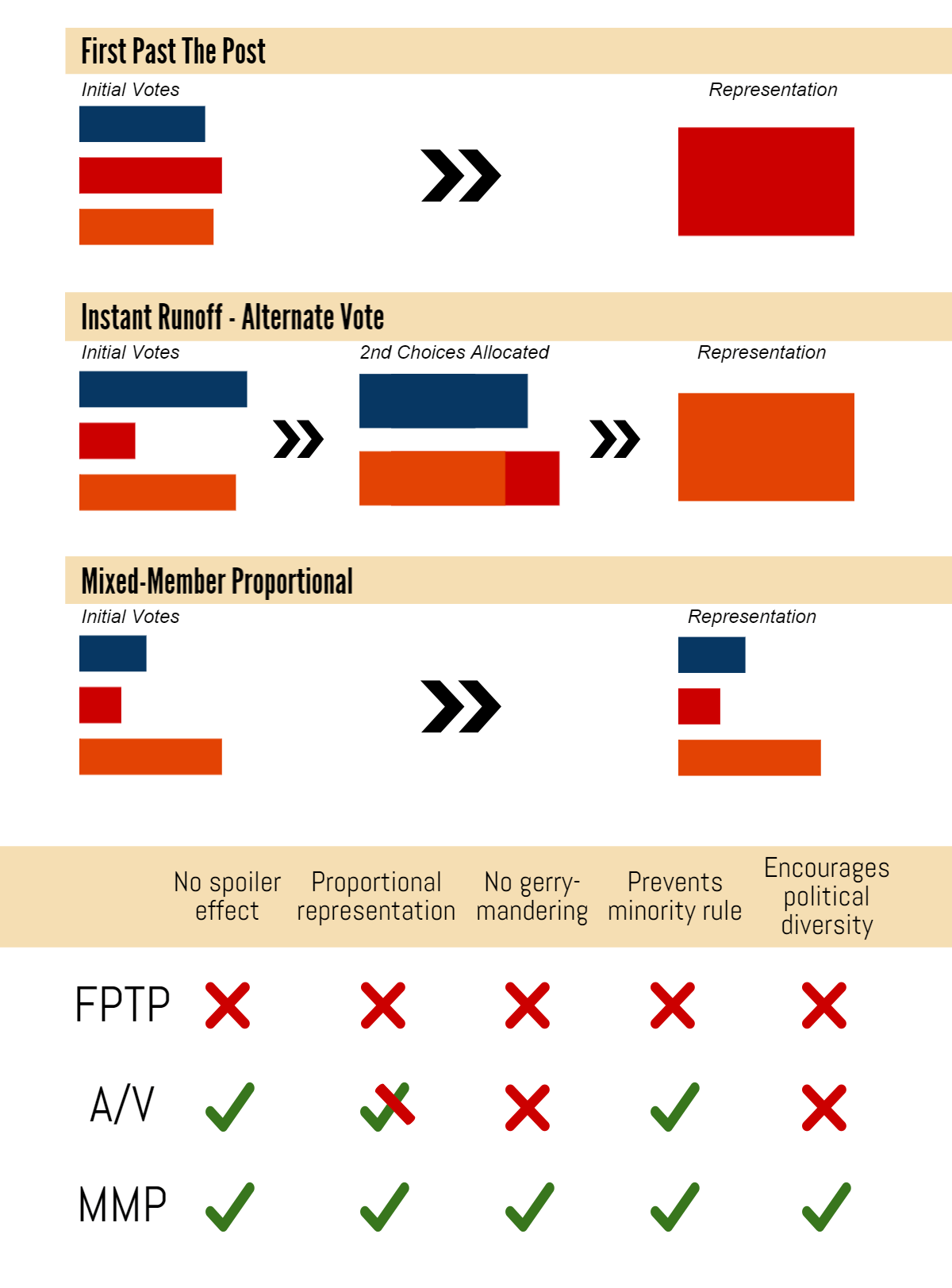 There has been much talk of reforming Canada’s voting system on a federal level.The current system is “First Past the Post” (FPTP). The riding candidate with the most votes wins, and the party with the most winning candidates forms the government. Seems fair, right?

That’s what Stephen Harper and his Conservatives would want you to think. Harper has been the most opposed to change because he has the largest chance to succeed only in an election broken by FPTP. Since 2006, they have kept a minority rule, where a minority of people have a majority of the power, and they are attempting to do it again.

Imagine an election between three candidates where the vote is split 34% to 33% and 33%. The candidate with 34% wins and has 100% control despite 66% of votes being against them; this is not proportional. Only once in the last 35 years has representation in parliament been within 10 percentage points of the popular vote for the government [1]. Voters are also encouraged to vote strategically for larger parties as voting for smaller parties is worthless when they inevitable lose: the spoiler effect. FPTP doesn’t represent what Canadians want.

But have no fear, the Liberals are here to save the day with their proposed instant runoff voting, also called the alternative vote (AV). This system supposedly fixes the problems of FPTP and creates a proportionally represented parliament. At least, that’s what the Liberals want you to think.

AV is barely better than FPTP, it still retains most of the problems. In AV, voters rank their choices. The candidate with the fewest votes is eliminated and their votes are redistributed to the second choices. This continues until a candidate has more than 50% of the vote and wins. This avoids the spoiler effect as voters can rank their favourite parties first but still rank the larger parties second. This might seem better, but AV is still not proportional. Simulations of the recent UK election show that if AV were used, it would have had minimal impact on changing the minority rule. [2] In Australia, where they use AV, larger parties still have exaggerated amount of seats. [3] The reason why the Liberals champion this system is because it encourages parties to be very similar to one another and have centrist policies. After all, voters on the left wing are much more likely to list a centrist party as their second choice as opposed to a right wing party.

So, with the Conservatives endorsing a broken system, and the Liberals proposing a broken fix, what other option is there?

The answer: Mixed-Member Proportional (MMP), the system favoured by the NDP and the Green Party. This system is specifically designed to be as proportional as possible. MMP gives voters two votes. One vote is for the riding, and it follows the same process as FPTP: the candidate with the most votes wins. About 50% of parliament is filled up this way. The second vote has voters vote for their favourite party on a nationwide scale. The remaining seats are used to make parliament represent this vote as closely as possible. In this case, every vote counts – more votes mans more seats for that party.

MMP avoids the spoiler effect, as there is no incentive for strategic voting. Political diversity is encouraged as smaller parties get representation. Finally, it prevents minority rule because it is a proportional system, meaning that parties need a majority of the vote to gain a majority of the power.

While it is true that no system is perfect, the only argument against MMP is that it requires party lists and encourages partisanship. Party lists are required because that is how the members who win their seats from the popular vote are elected: if a party wins 10 seats, then the top 10 members on ranked list get into parliament. This allows parties to reward those MPs who vote for whatever their party wants. Theoretically, this means members are less likely to vote how their constituents would want them to vote, and instead vote how the party dictates them to vote.

Let’s put this in context by checking the facts on the two most rogue voting MPs in parliament. Bruce Hyer voted against the majority of his party only 3 times out of 135 (2.2%) and James Bezan a mere 8 times out of 565 (1.4%). Even more jaw-dropping is the fact that over two-thirds of MPs never vote against the party [4]. Voters aren’t voting for a candidate who happens to be a party member; they are voting for a party who happens to be represented by a candidate. Members of parliament couldn’t care less what the constituents want. Parties also already have systems which reward members who vote for the party like machines. MMP is rid of its only fault.

Elections are about representing Canadians’ votes equally. But under FPTP and AV, some votes are more equal than others. The only system which keeps votes equal is mixed-member proportional. 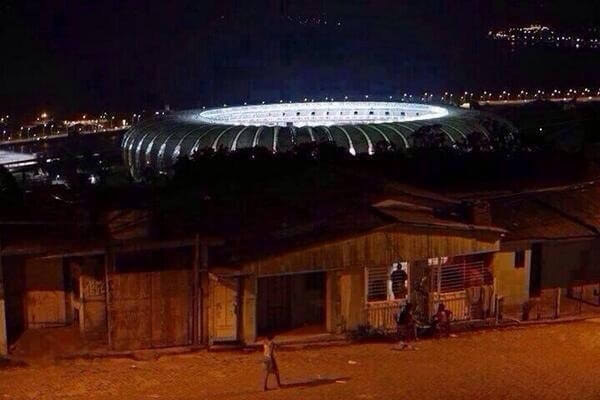 A Chalice of Corruption 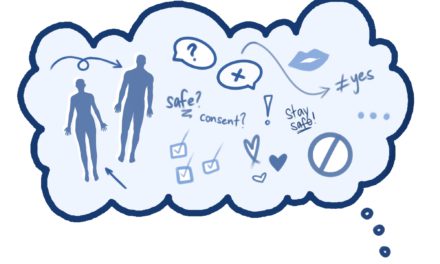 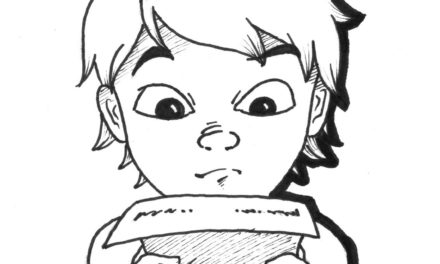