On 6 December, millions of people remember the fourteen women who were killed in 1989 by an anti-feminist shooter at École Polytechnique in Montreal, an event which is widely known as the Montreal Massacre. After this tragic event, the Canadian Government designated 6 December as the National Day of Remembrance and Action on Violence Against Women, also known as White Ribbon Day. Although the rates of reported violence against women have declined since the incident, 50% of Canadian women continue to face violence. With the recent #MeToo and #BeenRapedNeverReported campaigns, there has been a significant increase in public awareness, yet the problem continues even today. 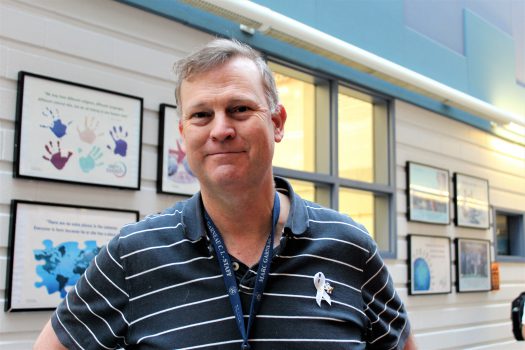 To commemorate those who were killed, MGCI gave students the opportunity to sign the White Ribbon Pledge electronically outside the library at lunch and in the afternoon. The pledge asked students to respond to various statements addressing the treatment of women. There was also an announcement detailing the prominence of the day, the history behind its creation, and its impact on today’s society. The announcement was followed by moment of silence was then for the women that have suffered from gender-based violence. 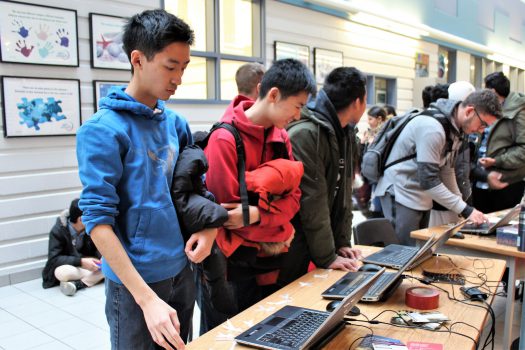 Many students signed the White Ribbon Pledge outside the library. Image: Janet Chen

Mr. Langford, a teacher at Garneau, has been helping to organize the event for the past two years. He said, “The event that triggered the beginning of the White Ribbon Campaign happened when I was an engineering student and it happened at an engineering school, which made it personal for me.” He advised the students signing the pledge to “think about the pledge they took and renew it in their minds every morning.”

Himaayat Nafi Hamid, a student taking part in the pledge, explained why he decided to take part in the initiative; “I found out that the recent white van incident occurred because of hatred for women. I sign this pledge as a commitment that if in the future I see something happening against women, I will take action.”

Overall, the event was a success with many students and teachers getting involved in the initiative and committing to take action against a problem millions face each day.

New Timetabling at MGCI: Now or Next Year?

A Cup of Tea with the President