A wave of new restrictive voting bills are taking over the US, following the aftermath of the 2020 presidential election.

Each of them has essentially the same goal: to limit access to voting after a crushing loss for the Republican party. The logic seems to be that the lower the voter turnout, the less likely it is that those votes will be for the opposite party.

Currently, one of the most prominent bills is the Republican-passed Election Integrity Act, which includes decreasing the number of drop-box locations, banning mobile voting centres, and making it harder to extend voting hours in the state of Georgia [1].

It is painfully evident that these restrictive bills are all part of an effort to reduce the number of Democrat votes in states controlled by Republicans, especially in traditionally Republican states that turned Democratic during the election. Five of these have already passed, and out of three hundred and sixty-one restrictive bills introduced, more than fifty are in the process of being reviewed by state chambers. Arizona and New Hampshire, both Republican states, have the most moving restrictive bills with 7 and 10 respectively, and Texas and Florida have proposed many voting restrictions as well [2].

Many of them target mail-in votes, particularly by reducing the amount of time given for mail-in votes. Note that Republicans are far more likely to vote on election day due to right-wing politicians’ repeated insistence that voting by mail is extremely susceptible to fraud—60% of Republicans believe in widespread voter fraud [3]. Voting by mail was much more popular among democrats, since they were more likely to fear COVID-19 and were urged to do so by left-wing politicians [4]. Additionally, the more densely populated an area is, the more likely it is to vote Democrat, meaning that these voters are more likely to want to avoid hour-long lines on election day [5].

The reasoning against voting by mail is based largely on poorly supported claims of fraud. Supporters of these bills claim that many places have suspicious voter turnouts of more than 100%, figures that have been proven to be untrue, and insist that the rise in Democratic votes must be due to fraud, rather than perhaps a rise in the number of people who desperately want Trump out of office [5]. It is far too difficult and unlikely for the average citizen to commit voter fraud on a large enough scale to have any significant effect on elections. There have been some instances of voter fraud in the past, such as the 2018 North Carolina primary, which was committed by a consultant to a Republican candidate [6]. But none, it seems, were caused by giving citizens too much time to mail in their votes.

Another claim is that voting by mail is susceptible to coercion and encourages voting without much information, but it should also be noted that those voting early by mail tend to be more passionate, already knowing enough about the two parties to be absolutely sure which one they want to vote for.

In addition to increasing the risk of long lines by eliminating drop-box locations and drive-through voting, the aforementioned Georgian bill criminalizes the act of giving voters food and water, claiming that this might influence a voter’s choice, although it is rather unclear how giving someone water once without telling them your political preferences will influence their vote. The gist of it seems to be that after waiting for hours in line, many will get thirsty or hungry, leave the line, and thus be unable to vote. Of course, these long lines are more likely to occur in urban areas, which are more likely to sway left [7].

Ironically, while state Republicans insist that making sure voters in line are healthy is an undemocratic form of voter intimidation, they have no qualms with using this tactic themselves. The number of measures to make the voting process as painful as possible is staggering. These range from tightening voter ID requirements in New Hampshire to eliminating online requests for mail ballots in Michigan [8] [9].

There is no better way to top it all off than with blatant moves to invalidate as many votes as possible. Many bills aim to reduce voting hours and prevent polling stations from accepting votes outside of voting hours, even though if you are a registered and eligible voter and you arrive at the polls when they’re open, you have the right to wait in line for as long as is needed to vote. In 2016, Trump made it quite clear that the purpose of this is not benevolent, expressing his woes about workers keeping polling stations open for Latinos, who mostly supported Clinton [10]. Combined with a variety of bans and restrictions on alternative voting methods such as drop-in boxes and mobile stations, ensures that not only will there be long lines, but those waiting in line might not even get to vote. Facilitating voter purges is also rampant. Arizona’s SB 1485 will purge infrequent mail voters from the state’s Permanent Early Voting List, which is not only completely unnecessary and makes it much more possible for someone to wait for a ballot that never comes, but also disproportionately affects seniors and POC [11]. Defense for this bill is pathetic and implies that voting is a major privilege that people need to put effort into to keep.

After giving people of any race or gender the right to vote, eliminating barriers for the poor and disabled, and accommodating those who can’t vote on election day, it seems like many states are now progressing backwards. For a country that advocates the voice of the people so much, there seems to be a large number of republican-controlled states making a desperate attempt to deter people from voting, as if one’s right to vote is only valid if it’s for the right party. This is all disturbingly reminiscent of repression and authoritarianism, and considering the United States’ international influence, one can only hope that other countries don’t follow. 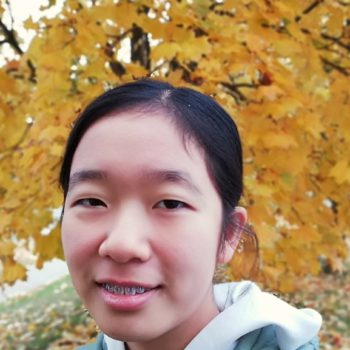 Maggie is a Grade 9 writer for the life and editorial boards. She likes to say that she has exactly two personality traits, sarcasm and awkwardness, although some of her acquaintances agree that her only personality trait is actually math. As such, she had trouble writing a long enough bio that would make her sound more interesting than she actually is. Her favourite book is 1984, which is just as pessimistic as she is. She also enjoys questioning life and cornering people in an effort to make them join band - brass is the best section, by the way.