The NBA season kicked off today with a Raptors-Pelicans game. All eyes were on the Raptors—tonight was the first game since the Raptors won the Championship. Since then, major changes have taken place: Kawhi Leonard, the Finals’ MVP, left in free-agency to join Paul George on the L.A. Clippers, and Raptors’ stars Lowry and Siakam signed hefty contract extensions. Will the Raptors prosper without Leonard? Will Lowry and Siakam continue to shine after getting their big contracts? The answer to those questions is yes and yes—and here’s why:

1. The Raptors Prevailed Over the New Orleans Pelicans In A Tough OT Contest 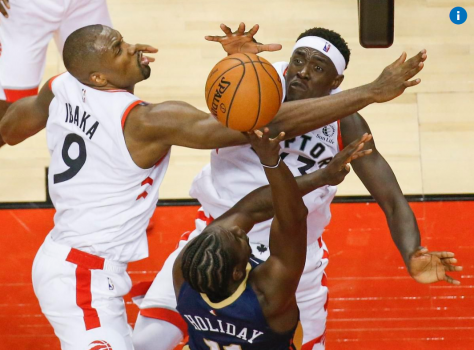 In a 130-122 victory over the Pelicans, the Toronto Raptors showed that they don’t need Kawhi. The team shot 84.3% from the free throw line (roughly 9 or so percent better than league average) on 38 free throws. In contrast, the Pelicans attempted just 20 free throws. And if you look deeper into how the Raptors managed to score so many free throws, you’ll see how great the offense is—Fred VanVleet provided great perimeter scoring and stretched the defense, while Pascal Siakam averaged almost one free throw attempt per 2 shot attempts. These studs perfectly complement each other to create a well-balanced offense—one where a ball-dominant Kawhi is not just superfluous but in fact would detract from the team.

No, not just Most Improved Player-good. Siakam scored a game-high 34 points to go with 18 rebounds and 5 assists—stats closer to MVP than MIP—and a look at his advanced stats only bolsters his performance. He shot 40% from behind the arc and over 90% on free throws (on 11 attempts). That’s incredibly efficient offense, and it fits very nicely with what the Raptors are looking for in Siakam: efficient, consistent, floor-raising offense.

Last year, Lowry averaged the most assists on the Toronto Raptors. Tonight, he was second to Fred VanVleet in assists. Lowry getting up there in years, so he won’t be aggressively drawing charges and driving to the basket every play, but when it matters most, Lowry delivers—Kyle Lowry scored as many points in overtime as the all of the Pelicans’ players combined. Of course, he had a very solid game overall, scoring 22 points and recording 5 rebounds, 6 assists, and 2 steals.

The Raptors experimented with playing Kyle Lowry and Fred VanVleet simultaneously last year, but for the most part their minutes were staggered—two point guards playing at the same time usually isn’t the optimal way to play. However, VanVleet was scorching hot tonight and playing point didn’t matter one bit. He scored 34 points on just 18 shots with a TS% of 81%(!!)—with scoring that efficient, the Raptors can cruise to victory against almost any opponent. VanVleet was 5 for 7 from three-point-range. Hopefully we’ll continue to see that kind of stellar production from him—and if we do, we might just have a third All-Star on the Toronto Raptors this season. 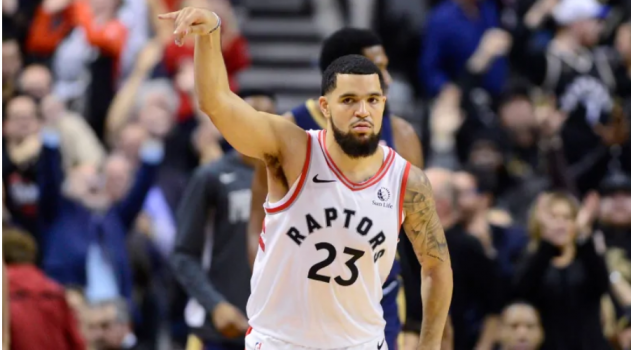 Nick Nurse tried many different things last year—playing a variety of different starting lineups, playing two point guards, attempting unique defensive and offensive schemes—but tonight he did something no other coach in NBA history has ever done: He used the coach’s challenge to try to overturn a referee call. Of course, tonight was also the very first game where coach’s challenges were allowed, but I digress. Nurse used it to challenge an offensive foul call that was blatantly correct, but perhaps he was just adjusting to the new rule of coach challenges. More likely is the idea that he used it to disrupt the flow of the game—something that may be very important in crucial games. Whichever case it was, keep an eye on Nick Nurse and his coaching this year: he’ll have some new tricks up his sleeves that might just be worth watching.

Garneau Runs Over the Competition