I remember watching the saltine cracker challenge on YouTube recently. A couple of Brandy Melville-clad prepubescent girls giggled their way through it, evidently struggling to prevent the smudging of make up as they stuffed their faces with crackers. The blonde with the nose ring managed one cracker within the sixty-second limit. The brunette with the crop top made it to two, but gagged afterwards. Brunette no. 2 with the French manicure successfully beat out her two opponents and swallowed five crackers. Although she did not beat the challenge (the saltine cracker challenge requires one to eat six saltines in 60 seconds, without drinking anything), I was impressed. But, surely, I could do better.

Since then, the saltine cracker crumb feeling presents itself in my throat whenever I feel defeated or inadequate. When something goes wrong, this feeling becomes overwhelming. Some people take a walk to clear their minds. I stay behind my locked bedroom doors. There, I drown myself further, deeper, as I burrow into my comforter and stuffed animals and pillows and virtually anything that could remotely soften the edge of the saltine cracker crumbs. I hide under my comforter in attempt to hide myself away from the crippling feeling of failure and disappointment.

I think this is an internal conversation that happens to us more than we would like or admit. It happens to high school students, to teachers, to doctors, to police officers, to coffee shop baristas. There are so many things we cannot control, and even more important decisions that we cannot make. As such, there is so much room for failure, and for feeling like we are not enough for anyone or anything. Another sure way of making everything worse? Comparing ourselves to others. This is something that few of us, even the most confident of high school quarterbacks, can escape from.

It’s probably worse for teenagers because of that thing we call pride. I mean, we’re young…we’re so young. Our blood runs hot and thick, our dreams are big and daring. Our egos are inflated to mammoth-sized proportions. We either act like we’re too cool to care, or we hide feelings of weakness. We hide when we fail because we do not want anyone to see our bruised ego. We lash out because we’re frustrated with failing and causing the bruising in the first place. And we cry because the bruise really, really hurts when someone presses it.

There is no solution to feeling inadequate. Inadequacy will present itself every time you do poorly on a chemistry test, every time you lose a hockey game, and every time something does not go your way. It’s important to take a step back to see that this one “failure,” no matter how life-or-death it may seem at the time, does not say anything about who you are. It does not determine who you become, either. That’s all you. You just have to find the silver lining, and things will be a little more okay when you wake up the next day. I’m not going to sugarcoat the initial, inevitable feeling of inadequacy, though – that really does suck.

Until we do manage to join the highly coveted ranks of those who can conquer failure and inadequacy, let us hope that neither of us will choke on the ever-so-tasty saltine crackers that life will inevitably throw at us. 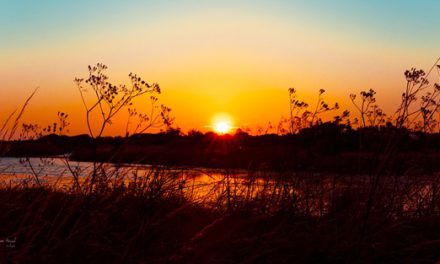