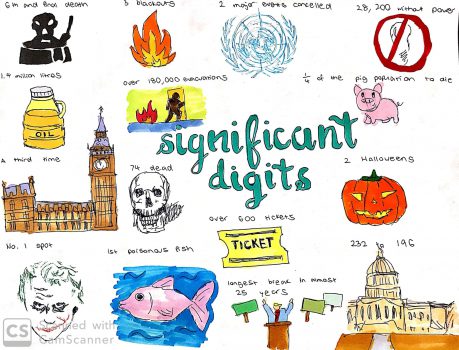 ISIS’s elusive leader has been confirmed to have been killed in a raid on his hideout on October 27. Abu Bakr al-Baghdadi’s death is a heavy defeat for ISIS, which now finds itself decapitated without its founder and leader. Although “the world’s number one terrorist” rarely made public appearances, his involvement in a long list of crimes against humanity made him a top target in the war against ISIS terror. al-Baghdadi reportedly remained at large for years, surviving at least five separate reports of death until US forces cornered him this week at his hideout in northern Syria. When pursued by US troops, al-Baghdadi hid in a dead-end tunnel with his two young children, where he “blew himself” up with his suicide vest. DNA tests have thankfully confirmed his death. [CNN][By Xingming Xu]

The Keystone Pipeline running from Alberta to the US has leaked yet again. North Dakota regulators, where the spill occurred, have stated that the pipeline has leaked over 1.4 million litres of oil. According to TC Energy, which is the sole owner of Keystone, the spill has been contained after contaminating 2090.3 sq. Metres of mostly wetland. The pipeline has since been shut down for the third spill in less than three years. This pipeline is also part of a system that is to include the proposed Keystone XL expansion in Alberta, which has been criticized for its potential negative impacts, such as oil spills. [Global News][By Xingming Xu]

Because the previous delays have failed to convince the United Kingdom to actually go through with Brexit after four years, the EU is allowing Conservative PM Boris Johnson until January 31, 2020 to ratify the departure deal. With “do-or-die Brexit” obviously not delivered on October 31, this is an opportunity for Johnson to deliver the divorce that he claims has been “paralyzed” by Parliament. This marks the third time–from March 29 and April 12–that the Tories have failed to pass their “great new deal” in Parliament. Johnson’s solution is to force a snap election that would produce a winning majority, which would need the support of opposition parties. Boris Johnson believes this would replace a “dysfunctional parliament with a new [one]”, which hopefully is the case. [Reuters][By Xingming Xu]

Pop culture phenomenon “Joker” has reclaimed its spot on top of US Box Office Charts, walking away with $18.9 million in ticket sales. Joaquin Phoenix’s “Joker” has experienced tremendous success in general, becoming the most successful R-rated movie in history. Reportedly, the “gritty” take on social isolation and societal pressures has resonated with the US audience. That either bodes well or really doesn’t. [Reuters][By Xingming Xu]

California’s 2019 wildfire season is currently in full swing, with an estimated 245,972 acres of burned land as of Thursday morning. The fires have been caused mainly by California’s fall climate of bone-dry humidity and strong winds gusting up to 112 km/h in the mountains. Over 200,000 households in Northern California remain without power as fires such as the Easy, Getty, and Kincade destroy homes and prompt evacuations across the state. The reason for the blackout is because of preemptive measures taken by utility companies. Pacific Gas & Electric (PG&E) cut power in three large-scale blackouts this week to prevent the windstorms from dismantling power lines and creating new wildfires, a decision that has received backlash from consumers who experienced days-long outages. In response, Bill Johnson, the CEO of PG&E, has said that these outages are becoming an increasing necessity as fire threats increase year by year. The Kincade fire, currently the largest wildfire of the season, was caused by PG&E equipment that was not de-energized. [CBC, CAL FIRE] [By Janet Chen]

In more wildfire news, the California wildfires continue to spread, resulting in over over 180, 000 evacuated homes.  Containment has been difficult,and officials are beginning to expand the evacuation alert once more, especially now since certain fires may have the potential to cross major highways.  Officials are doing their best to contain the fires but when the fires will be contained is the big question. To have a look at where the fires are and to find out more information on the fires check out here and here.  [CBC, BBC] [David Walji]

On Thursday, three carriages of a train travelling through Pakistan’s Punjab province lit on fire, killing 74 people and injuring 43. Dozens of passengers jumped in panic from the still-moving train, which took nearly 20 minutes to come to a full stop despite emergency cords being pulled, calling into question the condition of the train’s braking system. Many of the casualties were part of an organization of Islamic missionaries called the Tableeqi-e-Jamaat, who were in the cabin where the fire started. It was caused when a passenger’s cooking stove exploded in one of the carriages, and it was fueled by the gas cylinders that power the stoves. Although safety regulations rule against bringing stoves on board, the rules are often ignored in the overcrowded trains filled with poor passengers. This disaster is only the most recent of many that are caused by poor infrastructure and negligence from railway officials. [CBC] [By Janet Chen]

A new castaway was found in British Columbia this week, though its arrival is perplexing scientists. A spotted porcupine fish—a type of rare poisonous fish normally found in tropical waters—was found near a Vancouver Island community.  The leading theory as to why it was found so far north is that it swam here due to climate change. Apparently, this so called anomaly is not the first as in recent months, B.C. has seen everything from sea turtles, giant hornets and even a piranha in recent months. With the Earth’s average temperature expected to continue to increase in the next few years, there’s a great possibility that this fish will not be the last to move northward. [CBC] [David Walji]

You’ve probably always dreamed of travelling to space—and now you can. On Monday, October 28, Virgin Galactic, a space tourism company, started trading on the New York Stock Exchange under the ticker “SPCE”. Its shares rose as much as 8%, and its popularity not far behind. Over 600 people from 60 different countries have reserved tickets for a flight, worth $250,000 each. However, the tours are far from ready, as Virgin Galactic’s spaceplane SpaceShipTwo has only been tested twice, one of which was successful. In the near future, though, Virgin Galactic plans to make space tourism readily available, and bring in a lot of revenue while they’re at it. [Washington Post] [Cynthia Wang]

After a break of about five months, the legislature of Ontario resumed on Monday, October 28 with a fresh start. Following the results of the federal election, Ford promised to take on a more civil tone, and called for unity across the country. Considering most of Ontario voted for the Liberal party in the election, Ford realized he needed to step it up and reconsider his actions. During the legislative session, many issues were brought up, such as education and health care cuts, class sizes, union strikes, and wage increases. The session ended with a new piece of legislation, which includes reducing limits on the amount of alcohol people can bring back to Ontario from other provinces.[CTV][By Cynthia Wang]

Chile is in the midst of a mass protest, and as a result, the government has decided to prioritize national unity. This resulted in stepping down from hosting 2 international summits; COP25 and APEC. This year’s Conference of the Parties was scheduled for December 2-13 to discuss the Paris Accord, which is an international climate agreement. International action on the climate crisis may suffer due to Chile’s sudden pull from this event. The United Nations are currently searching for a new location, but it is unclear whether they will be successful. As for the Asia Pacific Economic Cooperation forum, which was scheduled for November 15-17, its cancellation may have consequences for the trade war between China and the US. Leaders of both countries were planning to meet to discuss possible trade deals, and although the US expects to sign a trade deal within a month, a location is still yet to be determined. Hopefully, the Chile protests, the climate crisis, and US-China trade tensions will all be resolved soon.[BBC][By Cynthia Wang]

With strong winds, heavy rain, and fallen trees, more than 28,200 New Brunswick power consumers are without electricity. The spokesperson for NB Power declared that some power outages were caused by strong winds, while others were due to transmission line outages. To resolve the issue, 70 crews from the utility and many contractor crews have been recruited to immediately repair the lines. The outages have forced some schools to close and have lead to special weather statements all over the province warning residents of strong winds and heavy downpours. [CBC][By Serena Poonawalla]

¼ of the pig population to die

The African swine fever (ASF) has ravaged the world’s pig population. The disease has been particularly destructive to the home of half the world’s largest pig population: China. The outbreak can be traced back to eastern Europe, where it first began its destructive course in 2014. In light of the situation, global pork prices have risen, mainly due to the demand from China where we have seen the death of over 100 million pigs since last year. Europe faces a similar conundrum, where pork prices have peaked at a 6 year high. China has tried to ease the situation by granting export approval to foreign meat products and has doubled pork imports from the US. This has become a global crisis with no clear solution which is even more concerning, as the virus can survive for months in processed meats and years in frozen carcusses raising concerns for cross border transmissions. It is predicted that China may lose between 20% to 70% of its pig population this year. The Asian ASF is having a giant impact on the pork industry with record deficits in pork production for the foreseeable future, raising prices around the world. [The Guardian][By Anirudh Goel]

In the face of pouring rain and high speed winds, many communities in Quebec have opted for moving Halloween and trick-or-treating to November 1st instead. Needless to say, the decision was met with mixed reactions. Some claim it to be the most ridiculous thing they’ve ever heard, might as well move Christmas to June for fear of snow. Others agree with the decision, believing it will protect their children from the harsh weather conditions and illness. Meanwhile, I’m just thinking about the double Halloween the Quebecois will experience, because double the Halloweens mean double the candy and double the fun! [National Post][by Catherine Zheng]

A Walk to Remember 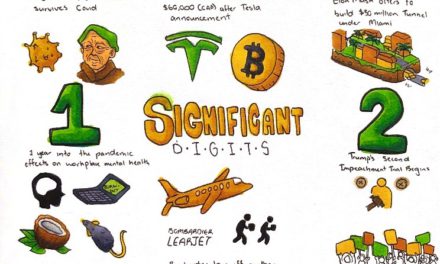