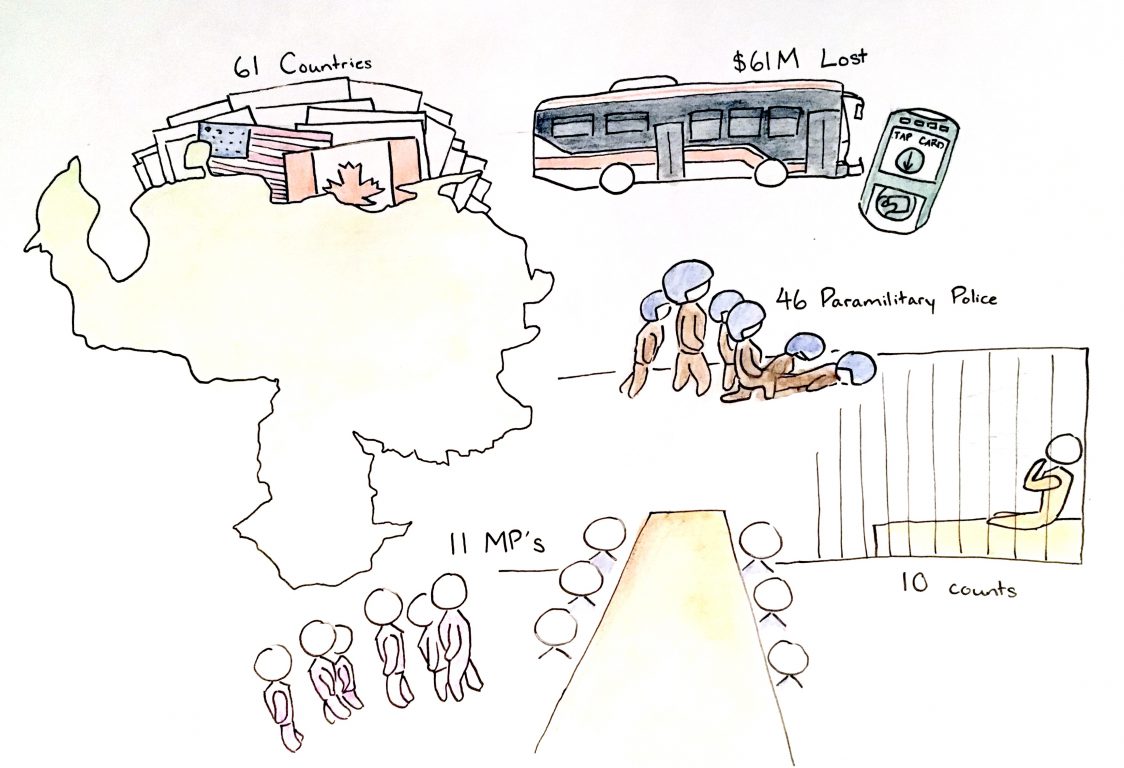 In the United Kingdom, frustration has been growing within both the opposition (Labour) and ruling (Conservative) parties. Labourites dislike the far left direction the party is moving in, and accuse leader Jeremy Corbyn of antisemitism. Conservatives dislike the far right direction their party is moving in, and believe PM Theresa May is leading the nation into an economic crisis over Brexit. 11 Members of Parliament from both sides of the isle, feeling their old parties no longer represent them, have split off to form The Independent Group, a new centrist, pro-European Union (EU) party. Is this just a flash in the pan, or the beginning of a new realignment in UK politics? Only time will tell. [BBC]

In an attack on a convoy in the Indian-administered section of Jammu and Kashmir, 46 paramilitary police were killed and countless more civilians were injured. The attack was committed by Jaish-e-Muhammad, a terrorist organization based in Pakistan. India accuses Pakistan of involvement in the attack, but Pakistan denies any role. As India’s leaders promise grave retribution, tensions in the region are running high.
[BBC]

Speaking of high tensions, Venezuela is in the midst of a crisis. The country’s president, Nicolas Maduro, has been accused of rigging the election, and has cracked down on opposition. Meanwhile, the country is in the midst of a year-long economic crisis that the president seems to have no answer to. The leader of the opposition-controlled National Assembly, Juan Guiado, has declared himself the legitimate president. So far he has been recognized by 61 countries, including Canada, the USA, and most of the EU. Maduro, who is backed by Russia, China, and Iran, considers Guiado’s opposition to be part of a US-backed coup against him. Aid is currently being sent to the economically devastated country, and you can donate here.
[CNN]

The Toronto Transit Commission (TTC) reported that it lost $61M to fare evasion in 2018, and I hope the TTC isn’t reading this, because I definitely contributed to that. Admit it, we all did. Sometimes the crowds are just packed too tight, or the machine just isn’t working. The TTC itself places the amount lost to faulty reading machines at $3.7M. The machines are fixable, people aren’t.
[CBC]

Mexican drug lord Joaquin “El Chapo” Guzman has been convicted on 10 counts ranging from criminal conspiracy to firearms charges. He is expected to spend the rest of his life in prison. However, even though there was a huge quantity of evidence against Mr. Guzman at trial — detailing corruption on all levels of Mexican government, complex cross-border tunnels, and cocaine smuggling submarines, we shouldn’t count him out yet. He’s escaped prison twice already, and his organization, the Sinaloa Cartel, seems to be operating perfectly fine without him. [CNN]

The Resurgence of DECA MGCI