Smashing Through the Season

During the regular season, MGCI’s Badminton Team, coached by Mr. Jay, played seven other schools in a round-robin format and finished fifth overall in the East Division. Players competed in singles, doubles, or mixed doubles, and were split into Division A or B. After the round-robin, the top four teams in the A division and the top two teams in the B division, from each event, qualified for the Regional Championships.

A boys singles player competes against another school in the round-robin. Photo: Eric Zhao

MGCI’s Girls Doubles A and Boys Doubles A teams qualified for Regionals, placing third and second in the East Division, respectively. However, the boys doubles team could not compete at Regional Championships after it was postponed due to inclement weather.

Regionals was conducted in a double-elimination draw format with twelve players or teams in each event, meaning a team would be eliminated after two losses. To qualify for the City Championships, players had to finish in the top four in their event. The girls doubles team, Miranda Guo and Dora Su, played six games in total and qualified for the City Championships with a third place finish.

When asked about her performance so far, doubles player Miranda said, “I think we did really well against the other schools in our area. Maybe next year if we can squeeze in some practices, people will have better coordination with their partners and more experience overall.”

Miranda and Dora will represent MGCI at the City Championships, taking place on 25 April at the Markham Pan Am Centre. The top four teams will qualify for OFSAA, the provincial championship. 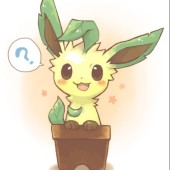 Dora Su is part of the Web Board at the Reckoner. Quite the savage, she has a slight obsession of playing with dangerous things such as matches and knives. She keeps herself busy by playing badminton 4-5 times a week, studying, and reading books. As an avid traveler, she loves to go on vacation and has been to many places with Alaska as an example. Dora is usually a hard-working soul who tries not to procrastinate and tends to sleep early unless there’s a comeback from her favourite K-pop groups. In the future, she hopes to not accidentally take down this website.