The Case for KIA MVP 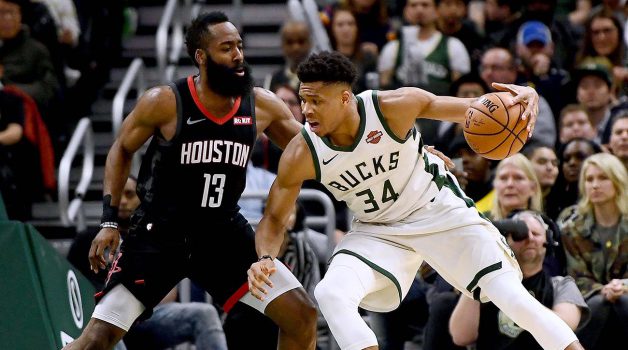 With the regular season over, the decision for the NBA’s annual MVP award rests now solely in the hands of the voters; player performances are over and done. I’ll dive into the cases for the clear front-runners James Harden and Giannis Antetokounmpo have had spectacular regular  season campaigns—Harden’s averaging the most points per game since the heyday of Michael Jordan back in ‘86. He’s also added on 7.6 assists and 6.6 rebounds per game. On the other hand, Antetokounmpo’s scored 27.7 per contest to go with 12.5 rebounds and 5.9 assists.

The reigning MVP Harden has put on an absolutely dominant NBA season. Just a few years back, Harden was often degraded as a poor defensive player. This year, he’s had the second most steals in the league, demonstrating a willingness and ability to contribute on the defensive end. His steal% (how often an opponent’s possession ends with a steal from Harden) is a career-high 2.7. Harden’s defensive plus-minus, which refers to how well the Rockets defend with Harden on the court compared to when he’s off the court, is 1.2. This means that the Rockets play better defense when Harden is playing. The Beard really has smoothed out this facet of his game.

And his offense? Harden’s offensive versatility present a masterclass every other game: whether it’s scoring a season-high 61 points in a single game or scoring 30+ points for a historic 32 straight games, Harden has proven he’s still got it going on the offensive end. That 32 game stretch trails only the great Wilt Chamberlain’s streak from 1962. During those games, Harden averaged 41.1 points and managed to score 40+ points on 18 separate occasions. 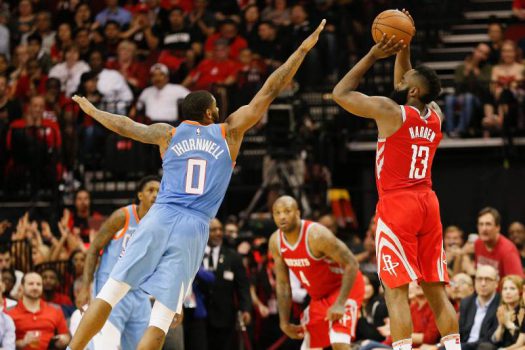 His scoring hasn’t come at the expense of his team, either. The Rockets went 22-10 in those 32 games, and Harden’s streak propelled them to where they sit now, third in their conference. It’s easy to forget that the Rockets were a middling 13-14 in their first 27 games before Harden starting his scoring streak. In fact, they were not even in the playoff picture!

It’s also worth noting that the Rocket’s spectacular 22-10 run happened despite injuries to many key players in their rotation. Big man Clint Capela was out for weeks due to a hand injury, and point guard Chris Paul and shooting guard Eric Gordon were all out for much of the run. You can see how that affected Harden’s play, too. Through January, Harden scored a staggering 43.6 points per game, which is, again, the most points per game over a month since Wilt Chamberlain.

Oftentimes, the KIA MVP trophy is awarded to the best player on the team with the best record. This season, the Bucks easily snagged the top record, winning 60 of 82 games—beating out the Toronto Raptors by 2 full wins. And Giannis has undeniably been the leader of this Milwaukee squad. In fact, he has the most points, assists, and rebounds among the Bucks. He has an offensive rating of 121 and a defensive rating of 99, which mean the Bucks outscore opponents by a whopping 22 points when Giannis plays. His length and athleticism point to his defensive potential—and Giannis doesn’t disappoint. He records 1.8 steals and 2.2 blocks per contest, emphasizing his flexible defensive capabilities. He has the footwork to keep up with smaller players in the mid-range, and his 6’11” frame allows him to be a top-notch rim protector. 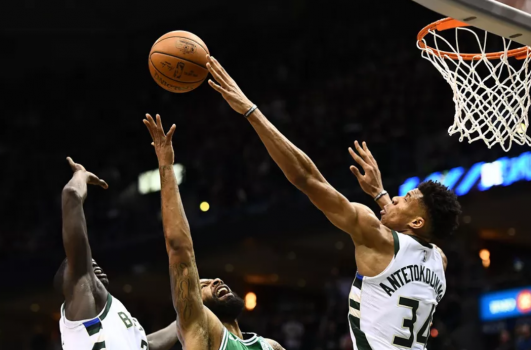 However, Giannis is far more than lock-down defender. In fact, the entire Bucks’ defense runs through Giannis—hence his ridiculous offensive usage rate. He’ll pick up speed in the mid-court, building up momentum to get to the basket in just two or three strides. He easily side-steps immobile opposing bigs, and guards have no chance against the juggernaut that is Antetokounmpo.

And he’s efficient, too. His true-shooting% (an advanced metric that accounts for the disparity in the difficulties of three-point and two-point shot attempts) of 64.4 is very high—scoring 27.7 point per game on just 17 shots per game is about as efficient as you can possibly expect, from any player in any position.

The solution? It may seem that you must prevent the Greek Freak from gathering speed, but that has its own problems. Double-teaming the star results in an open man for the Bucks, and Giannis is a passer with great court-vision. It’s almost impossible to stop Giannis, but teams have found some success by essentially building a “fortress” close to the net. Then, as Giannis passes to an open teammate, the defender rotate to cover the open man. It’s not a perfect solution—the shooter has an open window of about a second—but there isn’t really an answer to a well-rounded offensive equivalent of a rampaging elephant.

So Who Will Win?

Though it’s difficult to elevate one over the other, the prize will likely go to Giannis Antetokounmpo. The past few years have demonstrated that perhaps the decades-old pattern of “best play on best team” may already be obsolete. It might be all about the narrative of the top candidates. Harden carried his team through that 32-game stretch when multiple key players were injured, but Giannis has led his team to the best record without another bona-fide star. The next best Bucks’ player, Khris Middleton, can’t even create his own shot consistently. Based on this trend—that the better, more compelling narrative wins—Giannis Antetokounmpo is my pick for MVP.

A Chalice of Corruption