Over the past few weeks, the world has been horrified by the disappearance of Saudi journalist and government critic Jamal Khashoggi after he entered the Saudi Consulate in Istanbul. Saudi Arabia initially denied being involved with Khashoggi’s disappearance, and continued to alter their story before finally admitting that Khashoggi had died in their consulate. Saudi Arabia’s clumsy attempt to silence a vocal critic came as a shock to the entire world, especially as newly minted Crown Prince Muhammad Bin Salman (MBS) has been lauded as a progressive reformer willing to drag Saudi Arabia into the twenty-first century. While Khashoggi’s death had been widely condemned by many countries around the world, the United States under Trump’s leadership has remained silent. This attitude is not surprising, since the West’s alliance with Saudi Arabia has always been a strategically convenient partnership, rather than a friendship founded on respect of basic human rights.

Saudi Arabia has been a critical ally to the US in maintaining strategic control over the Middle East. The US’s alliance with the Saudis has allowed the Western world to have a steady and secure source of oil while the Saudis have become the largest buyers of American arms. Between 2011 and 2015, Saudi Arabia was the destination of nearly 10% of all US arms exports [1]. This strategic importance of US-Saudi relations has caused the US to turn a blind eye to the activities of Saudi Arabia. The Saudi Government has long been criticized for its medieval stance towards human rights by organizations such as the United Nations and Amnesty International. The 2018 World Press Freedom Index rated Saudi Arabia the 9th worst country for Freedom of the Press as it has no independent media organizations or independent human rights groups, and charges such as blasphemy or defaming the king are frequently brought against dissenting journalists [2].

Another facet of Saudi domination that has hardly been reported by media organizations is the war in Yemen that Saudi Arabia and the United States are actively involved in. Around 50,000 people have died from famine alone, 500,000 are estimated to suffer from cholera, and thirteen million are at risk of starvation within the next few months [3]. The United Nations’ first report on the war in Yemen claims this to be the world’s worst humanitarian crisis and further, that both governments may be responsible for war crimes such as rape, torture, civilian bombing, and the use of child soldiers. Despite all of this evidence, the US continues to support Saudi Arabia, citing a commitment by the Saudi government that “everything humanly possible” would be done to prevent the loss of innocent lives.

Turning a blind eye is the foundation of the US-Saudi partnership anyways — for decades the US has cherished its close relationship with Saudi Arabia while overlooking the Saudi government’s misdeeds. However, it does seem that Khashoggi’s killing has brought a great amount of attention to the war in Yemen and the US’s involvement in it. From the beginning, the US had very little oversight in the war and primarily just assisted Saudi Arabia. However, since the Democrats have taken control of the House of Representatives, interest has been expressed in rethinking the US’s involvement in the war in Yemen. While the killing of one journalist will not completely change this relationship or the outcome of the war in Yemen, it does bring much needed attention to what is currently the worst humanitarian crisis in the world.

What makes the killing of Jamal Khashoggi particularly disturbing is the way he was killed and the message the Saudi government was trying to proliferate. While the Saudi government does finally agree that Khashoggi was killed in its consulate and that his murder may have had been premeditated, it is still putting the blame on rogue killers within the government. However, analysts believe that if an order did come directly from the Saudi government to have Khashoggi killed, it must have come from high up in the government, possibly from the crown prince himself. By killing Khashoggi, the message that the Saudi government sent was simple: they are willing to take any measure whatsoever to silence dissidents. Saudi Arabia realizes that in today’s world, a critical article written against the Saudi government in Washington can be read by a person in Riyadh easily. And for a country that has survived mainly due to the unwavering support of its citizens, any form of dissidence is a huge threat to the future of this monarchy. Since the Arab Springs erupted in countries in the Middle East such as Syria and Egypt, Saudi Arabia has begun to grow increasingly afraid of a possible uprising within its borders.

Jamal Khashoggi’s disappearance is not the first time that a high profile journalist has disappeared without any explanation from the Saudi government. In February of 2018, fifteen journalists and bloggers initially went “missing”, and were later found to be arrested for “crimes” such as insulting the royal court [4]. What makes Khashoggi’s killing so remarkable is the fact that there finally seems to be consequences for MBS’s actions. Khashoggi’s killing has also been a fixture of media coverage as it is seen as an attack on Western journalists. Ever since MBS was made the crown prince of Saudi Arabia, his reforms for women’s rights and social rights have been praised by countries around the world. His image in the Western world is that of a progressive leader who is willing to bring major social and economic reform. For example, MBS has even tried to limit the influence of the hardline Islamic clerics that want to keep a strict version of Islam in place in Saudi Arabia and who give the Family of Saud the power and legitimacy to rule Saudi Arabia. However, behind MBS’s progressive facade is a man that has been heavily consolidating power since he came into power. Before becoming crown prince, MBS was the defense minister of Saudi Arabia and led the Saudi-led coalition to war against Houthi rebels in Yemen. In 2017, MBS also ordered the arrest of some two hundred businessmen and princes on charges of corruption who were imprisoned at the lavish Ritz Carlton in Riyadh. And while MBS did allow social reform that gave women the right to drive in Saudi Arabia, he arrested many women’s right activists on baseless charges. The immense media coverage for Khashoggi’s killing finally indicates that the world has learned to uncover MBS’s image and that world leaders are finally willing to do something about his brazen decisions.

Apart from generating a huge media storm, Khashoggi’s killing has brought little consequences against Saudi Arabia or MBS. The United States, in particular, seems unwilling to take punitive action. President Trump in an interview cited the historic $110 billion arms deal with Saudi Arabia which he said would bring millions of jobs to the US. This was surprising as it was expected that the US would denounce the actions of Saudi Arabia and try to distance itself in the spotlight of the media. What the murder of Khashoggi really shows are the meager standards the Western world has for Saudi Arabia. MBS is applauded for giving basic rights to women while the other horrific atrocities he commits are overlooked. This is a good arrangement for the US as it can maintain strategic political and economic control by using MBS as a facade. Khashoggi’s murder also shows the increasingly authoritarian government of the Saudi regime that has been transformed from government based on royal consensus to one royal prince holding most of the power.

The Saudi people need to take control of their country’s politics and prevent increasingly aggressive repression, and they need external help to do so. The murder of Jamal Khashoggi shows how far MBS is willing to go to have absolute power in the country. If the world wants Saudi Arabia to be held accountable for its actions and prevent pointless wars in the Middle East, international powers must pressure the US to stop backing the Saudis militarily. And many countries are already doing so. Canada has already put a hold to an arms deal that would have sold light armoured vehicles to Saudi Arabia. Countries in the EU have also halted approval for future arms deals to Saudi Arabia due to pressure building over Khashoggi’s killing. Even top companies are adding pressure, with many pulling out of  Saudi Arabia’s “Davos in the Desert” conference. Within the kingdom, there have also been rumours that MBS might be forced to resign and be replaced by another Saudi prince. And while that is unlikely, it seems that MBS’s reckless actions have finally been brought to the attention of the entire world. If the world remains indifferent to the murder of a journalist in a Saudi consulate in Istanbul, MBS’s actions will be further emboldened. How the kingdom moves ahead from this scandal and how the international stage reacts to this is vital for the position and influence of Saudi Arabia in the future. 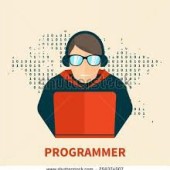 Umar Yousafzai is an editorial writer for The Reckoner. His hobbies include baking, hiking, watching old movies and daydreaming about his childhood. He is always trying to meet deadlines as he is an avid procrastinator. Umar also enjoys programming and he likes to volunteer to share this passion. He can often be found listening to music, reading or being lost on Quora. One day, he would like to meet his favourite actor, Rowan Atkinson. Umar is deeply interested in politics and technology and is amused by the fact that you didn’t notice he copied his bio from last year.

Who is Ali Mir?

The Hidden Chains of a Free Prisoner