His eyes glittered as the buttons created a kaleidoscope of light 一 a reflection of sunshine and snow. He moved his limbs, shaking off pale particles of light that seemed to shimmer as he moved. Lacking a name, he couldn’t help but wistfully glance at the one-way mirror that etched a barrier in the piles of snow. He watched people hurry past, never stopping to look at the sky or the clouds or each and every snowflake he had memorized the shapes of. That was what he was formed from, after all, and if he was built to stay there until winter ended, he might as well be observant.

Maybe a bit too observant, for when the days faded into months, he couldn’t help but wonder why his limbs didn’t move the same way, why his proportions were a bit different, and why he lacked the ability to reach out. His permanently upturned smile was what greeted the people if they bothered to turn away from the blinding fairy lights and stores advertising 50% off 一 the best holiday deals. He thought long and hard about why his own smile wasn’t reflected back to him, but with the constant rush, he couldn’t see much at all.

They mainly left him alone, but there were the occasional smaller people, shorter than those that walked around with suits and busy phone calls. The smaller people hurt him, grabbed his limbs and pinched his nose. He knew it wasn’t on purpose because his own upturned grin would be visible on their faces. They were out of place among the buildings, ones with bright advertisements and lights behind doors.

It got lonely sometimes, when the sky would fade to black and all he had for company was an evergreen tree. There were colourful spheres hanging from its still branches that he wanted to touch, but he always got distracted by the reflection of his own features. His reflection would change every day once the black replaced the blue. It depended on the snow that decided to fall from the sky. There would be light from street lamps beside the stores, and his button eyes sometimes saw people walking. However, it was incomparably slower. People went in groups of twos, smiling and laughing, their own eyes looking only at each other. He could do nothing but wonder how the black sky above resulted in such a difference.

If he was like them, would he hurry around the small square too? Would he be exploring the bright warmth behind the doors and looking at those advertisements on the windows? These thoughts took up space in his mind, but he was startled by the loud chimes from a distant tower, and the people who stopped and cheered. But cheered for what? Were they cheering for the arbitrary numbers and moving lines? Frustrated, he couldn’t help but think that they were a bit meaningless; he saw them do nothing but walk, sometimes scream, and occasionally laugh.

However, he wasn’t them, and since he wasn’t them, he didn’t have a right to judge. Moments or hours or months passed by, and he went back to observing the sky and the glitter.

It got lonely sometimes, but the whole gimmick gave him purpose, and although he didn’t understand them, he wanted to be like those purposeful people he always saw pass by. 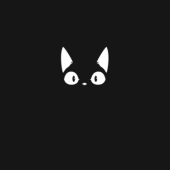 Anjing Li is a Life Board writer for The Reckoner. She can be found stressing over the latest math test in the library, playing BTS songs a bit too loudly, or watching K-dramas instead of actually doing work. Anjing is passionate about her hobbies, and she particularly likes eating, sleeping, and talking in her spare time. She tries to try her utmost best at everything, creating an unnatural combination of perfectionism and procrastination. If you find someone extremely tall (think 180 cm) looking stressed, exhausted, and confused, you are most likely staring at Anjing.

How to Write a Proper Essay