Curling has been a popular sport at MGCI for many years. A game consists of six rounds, called ends, in which opposing teams take turns throwing granite rocks across the ice towards a target. The objective of the game is to have the closest rock to the centre when the end finishes. This year, Garneau had seven curling teams: two co-ed teams, two girls teams, and three boys teams. Ms. Wiltenburg coached the teams, which consisted of six to seven members.

Before the first games, two practices were held, one of which was mandatory. These were the only opportunities to practice, so students learned the game solely through in game experience against other teams. Returning player Tina Ma said, “It was kind of stressful at the beginning of the season because nobody knew what they were doing yet, for a lot of people their first rock was actually [thrown] during their first game.” 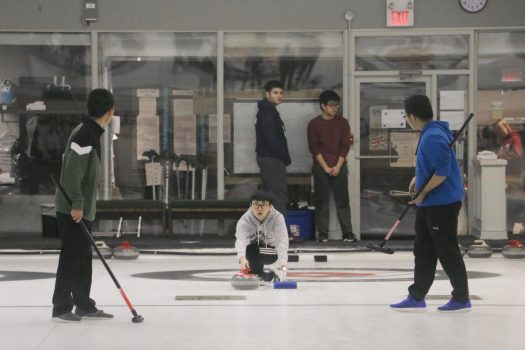 A curling team in the middle of a game. Photo by Jenny Bai

Over a third of the players were new to the sport and were learning how to play throughout the season. Lavan Desilva, who joined curling for the first time this year said, “At first it was a bit difficult to get adjusted to the sport, but as I played more games, I got a feel for the game and gradually started to like it, and in the process, became much closer with my other teammates.”

The season began in early December and games were held at Bayview Arena. Marc Garneau played in the Toronto North Region against other schools in Tier 2. Six of the seven teams advanced to the playoffs, which took place in late February.

The Boys B Team won their game against Victoria Park C.I. with a score of 5-3 and earned a gold medal. This team consisted of Grade 11 and 12 students who all had previous experience with curling. “Being in Grade 12, it’s really nice to end our final season with a win. I’m really proud of everyone on the team for coming together and improving so much over the season,” said Franky Yang, one of the players. 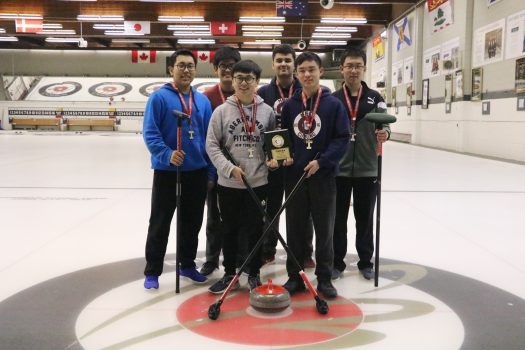 The Girls A Team played a tight game against Lawrence Park C.I. with a final score of 4-5, earning a silver medal. Tina was very proud of their accomplishment, especially considering their lack of practice time. “I didn’t really expect to be in the playoffs at all, much less to get silver,” she commented. 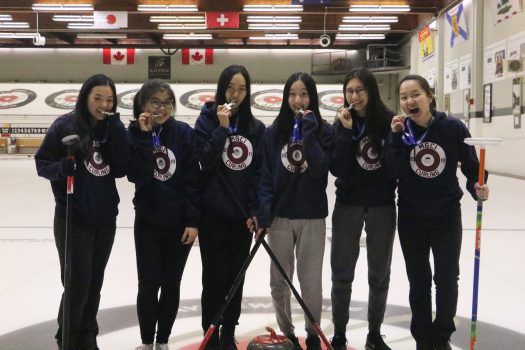 Regardless of the scores, curling provides entertainment and enjoyment for students. David Walji said he likes curling “because of its complexity, spontaneity and, of course, because it’s a lot of fun.” He added,”I think of it as like a big chess game hyped up. It requires a lot of strategy and I’d like to think I’m somewhat good at it. I also really enjoy being able to play with friends and have a good time.”

Take Our Kids to Work Day: Students Get a Glimpse of their Futures