Why the course requirements need to change

Ok… that’s one credit for French, another for Phys. Ed., two in science, another in English, two more in math, another one for…

We’ve all been through course selection at some point. Whether you are a freshman student just entering Garneau or a high school senior about to attend college, we are all bound by the pain of assembling every single credit we need to graduate. You’ve probably also noticed how the course selections force students to pick courses with very little freedom. How the hell am I going to use this French credit if I’m not moving to France or Quebec? These are only few of the many problems that plague the Ontario high school course requirements that are now largely out of date. The current measures by the government have failed to adapt to the changing new century, and some serious edits must be made if the ministry still wants to provide students with a proper education.

One of the courses despised the most by students is the mandatory French credit—and how useless it is for a large number of students. There are very few French speakers in North America outside of Quebec. In fact, out of the almost six million inhabitants of Toronto, about ninety-thousand people speak French as their first language—a little over 1% [1]. In fact, the most common first languages in Toronto after English are Chinese (all dialects), Punjabi, Italian, and then Tagalog (Filipino)—French isn’t even in the top 10. You’re over five times as likely to bump into a native Chinese speaker on the street than a French speaker, and two times as likely to run into a Punjabi or Italian speaker [2].

I don’t believe in removing French entirely, for it’s still useful for some—but French is perfectly fine as an elective rather than a mandatory course. Instead, students should be given more freedom in what second language they would like to learn instead. For many, French just isn’t useful anymore—I haven’t spoken a single word of it outside of class, have you?

Another weird requirement is the forced art credit in Grade 9. Since it is science and mathematics that govern our world, it’s understandable to have arts students study at least a little bit of science. But for the STEM kids out here, why bother learning how to play the tuba when you could be learning something more related to your profession, or more universal? Again, the arts should become electives—sure, some students may wish to experience a course or two in the arts for their own enjoyment, but there’s no point in forcing everyone into something many don’t want to do.

Then, there are courses currently not mandatory that frankly should become enforced. One obvious example is computer science. I’m willing to bet money on the fact every single student in Ontario has used some type of computer at some point in their lives: in school, at home, or somewhere else. Computers have become so common that many of us take them for granted, and yet we still don’t give everyone the course that teaches us how the computer works and how to fix its problems. Not everybody will become programmers, artificial intelligence developers, or software engineers, but having a basic understanding on the machine that allows you to write English essays and play League of Legends will prove to be universally helpful.

The times are changing, and useful knowledge changes with time. Every time we study information that is no longer useful to use, we are wasting time. The ministry has failed to catch up with time, and therefore failed every single child out of the two million students enrolled in the public education system in Ontario [3]. Course selections need to change, and those higher up need to make the measures to change it. 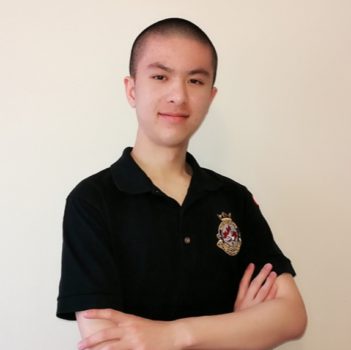 Jefferson Chen is a writer for the Editorial Board at The Reckoner. Some of his favorite hobbies include playing the piano, playing video games...oh, and playing with figures within his own imagination. Aside from his usual commitment to school, he serves as the Deputy Squadron Warrant Officer at 110 Squadron of the Royal Canadian Air Cadets. Unfortunately, he lives with some individuals that enjoy making him do things he doesn't like...such as math, and physics, and chemistry...gross.

Op-Ed: The Price of Knowledge

The World Loses an Icon: Rest in Peace Mandela

Op-Ed: The Chumps Voting for Trump