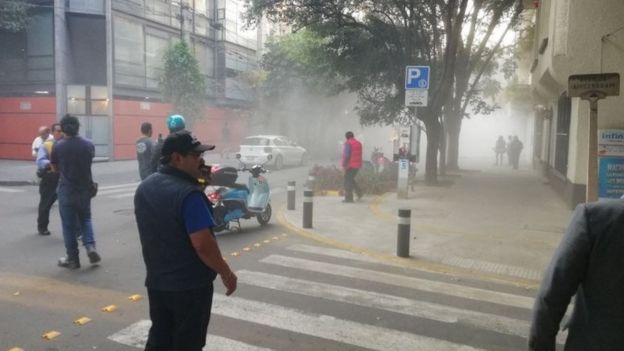 Dust surrounding buildings that were already damaged from prior earthquakes. (Image courtesy of EPA)

Mexico was hit by a 7.2-magnitude earthquake on 16 February. The earthquake caused shaking and damage to some buildings in south-western Mexico, specifically Oaxaca state, but no deaths have been reported. Following the earthquake, a helicopter that was carrying senior officials crashed in a field in the village of Santiago Jamiltepec while trying to land after assessing the damage. The helicopter crashed on top of vans that were carrying earthquake survivors, killing fourteen people and injuring some passengers in the helicopter. Aboard the helicopter were Mexico’s Interior Minister and Governor of the south-west Oaxaca state, but neither was hurt in the crash. 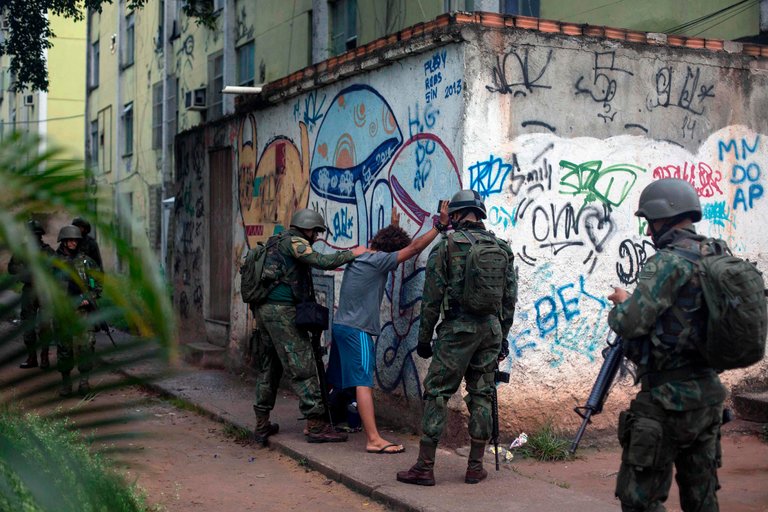 On 16 February, President of Brazil Michel Temer ordered the military to take control of public security following months of increasing violence in Rio de Janeiro. This is Brazil’s first federal intervention in a state since the return to democracy in the 1980s. Crime and violence have been escalating in Rio as police have lost control of large areas and have also been criticised for using ineffective heavy-handed tactics. The decree signed by Mr. Temer, declared that while the military will take control of security, Governor Luiz Fernando Pezão will continue to run the state government of Rio de Janeiro. Some people believe that this move was made by Mr. Temer to improve his popularity ratings rather than actually overcome crime, and he has been accused of being more motivated by politics than sound public administration. 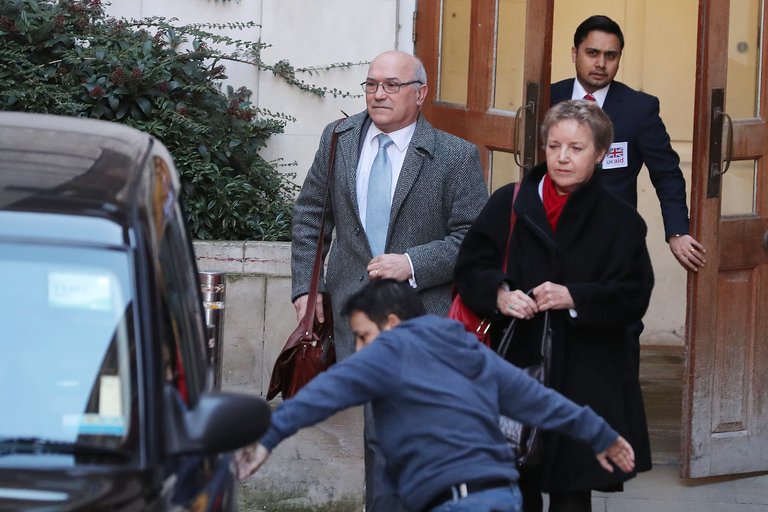 Oxfam executives leaving a meeting at the Department for International Development in London. (Image courtesy of EPA)

Penny Lawrence, one of the top executives at the British charity Oxfam stepped down on 12 February after finally acknowledging misconduct claims from over a decade ago. Aid workers with the British charity Oxfam were accused of hiring prostitutes in Chad in 2006 and continuing this pattern in Haiti in 2011 under the same official in charge, Roland van Hauwermeiren. The allegations made about misconduct in Chad were raised prior to Mr. van Hauwermeiren and his team moving on to Haiti five years later. The allegations against officials at Oxfam have brought attention to exploitation by aid workers in areas in need, and revealed the culture among charities and governments that protect them. 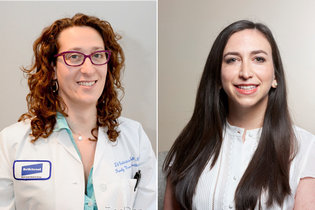 Doctors put a thirty-year-old transgender woman in New York on a regimen of drugs that would let her breastfeed her pregnant partner’s baby. The drugs included an anti-nausea medication that is licensed in Britain and Canada but banned in the United States. In the end of the study, the woman, who was born male, was able to “achieve sufficient breast milk volume to be the sole source of nourishment for her child for six weeks,” according to the journal, Transgender Health. Dr. Tamar Reisman and Zil Goldstein, a nurse practitioner of the Mount Sinai Center for Transgender Medicine and Surgery in New York, said this case shows that functional lactation can be induced in transgender women without giving birth or undergoing surgery. 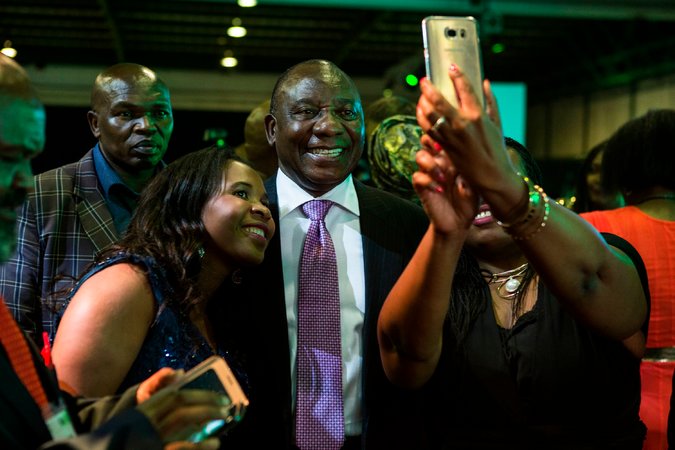 On 15 February, Cyril Ramaphosa was sworn in as South Africa’s president. Mr. Ramaphosa is replacing President Jacob Zuma as leader of the African National Congress (A.N.C.) after President Zuma was forced to resign on 14 February. Mr. Ramaphosa, who was favoured by Nelson Mandela, is one of the wealthiest men in South Africa, but vows that as president he will work for the ordinary citizen. While he promised a “new dawn” for South Africans, many critics don’t believe that merely changing the president will change anything. Many citizens are also doubtful of a corruption-free government that will be rid of scandals, but still have faith in the A.N.C. as the party to govern South Africa.

Garneau Runs Over the Competition

Semi-Formal: A Night of Love