A pastor unearthed a seven hundred six-carat diamond in the Kono district of Sierra Leone. Pastor Emmanuel Momoh, who also works as a miner, handed over the diamond to President Ernest Bai Koroma. The president pledged to reward the pastor with some of the proceeds from the sale of the diamond for not smuggling it out of the country. The government plans on selling it to the highest bidder, and is the third largest uncut diamond discovered.

The U.S. women’s hockey team will sit out the International Ice Hockey Federation World Championship game which starts later this month in Michigan, unless they make progress in negotiations with USA Hockey, the sport’s governing body in the United States. They say that they’ve been trying to get fair wages for more than a year, and want equal treatment as the men’s team when it comes to equipment, staff, per diems, publicity, and travel. This is not the first time a U.S. women’s team has brought awareness to unequal treatment in sports. Last year, the national women’s soccer team filed a complaint against U.S. Soccer. 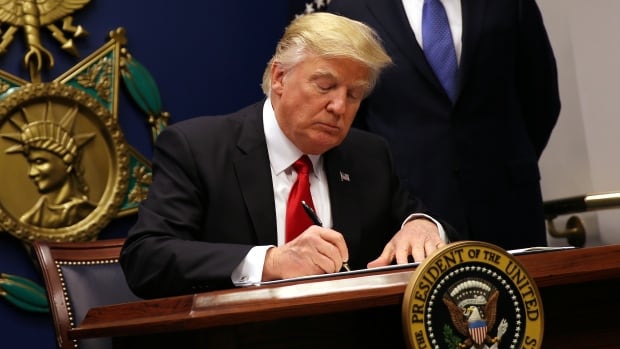 After the United States Court of Appeals for the Ninth Circuit struck down American President Donald Trump’s original travel ban, the White House introduced a new Executive Order blocking travel from 6 countries (Iran, Libya, Somalia, Sudan, Syria, Yemen). Unlike the first ban, it did not include Iraq; it was also slightly reworded and exempted green card holders. However, hours before the new ban was to be implemented, judges from two federal courts temporarily blocked the ban, because they found that it likely violated the U.S. Constitution. The merits of the ban continue to be discussed, and will lead to a more permanent decision. 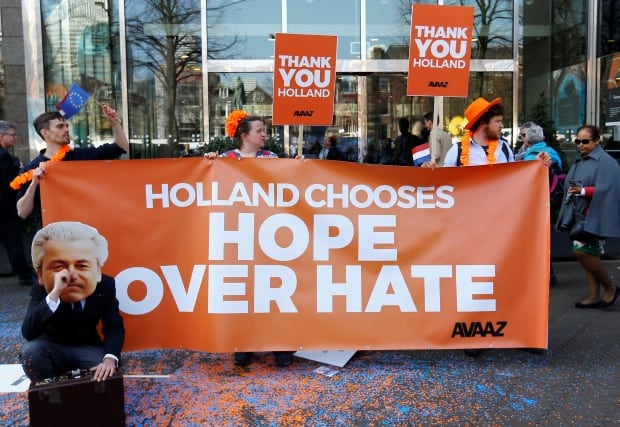 Outside of the Dutch House of Representatives, citizens celebrate the election outcome. (Image courtesy of Michael Kooren/Reuters)

On 16 March 2017, the Netherlands held their parliamentary election to elect their Prime Minister. Mark Rutte, the incumbent representing the VVD Liberal Party, won the election; he won over far-right politician Geert Wilders of the PVV Party. Despite pre-election polls showing that Wilders led, the VVD Liberal Party prevailed, though it won less seats than in the 2012 election (33 seats this year, compared to 41 in 2012), while the PVV Party won 5 more. This means that the PVV Party is now the second-largest party in Dutch Parliament. Rutte’s victory also represents a refusal of Wilders’ far-right platform, that included promises to ban Islam and exit the European Union.

Four charged, including one Canadian and two Russian spies, in Yahoo data breach.

The Federal Bureau of Investigation (FBI) has charged four, including one Canadian and two Russian spies, for the enormous Yahoo data breach, which took place in 2014. The breach exposed nearly 500 million user accounts, and was called one of the biggest known hacks in history. Two members of the Russian Federal Security Service (FSB), Dmitry Dokuchaev and Igor Sushchin, have been charged for directing the massive hack. As well, Russian hacker Alexsey Belan and Canadian Karim Baratov have been charged. The Canadian, 22-year-old Baratov, lived in Ancaster, Ontario and owned an online company named Elite Space Corporation. He was a dual citizen, holding passports to both Canada and Kazakhstan, and allegedly worked as a hacker for the FSB.

Caring for the Community