Kim Jong-un has an unannounced meeting with the Chinese president. 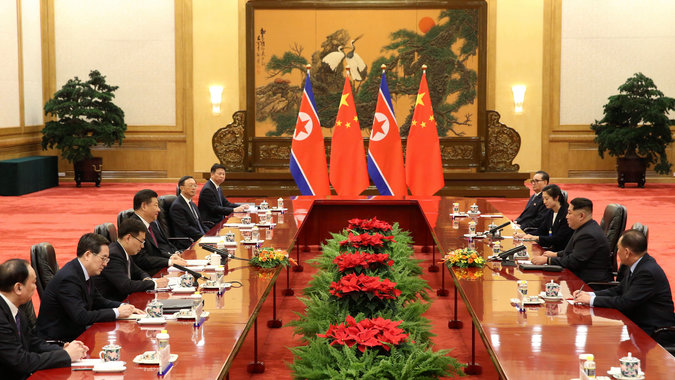 A meeting takes place in the Great Hall of the People in Beijing. (Image courtesy of Yao Dawei/Xinhua, via Associated Press)

On 28 March, news media reported that Kim Jong-un made his first trip outside of North Korea since he took power in 2011. The North Korean dictator made an unexpected visit to Beijing to meet with Chinese President Xi Jinping. The meeting came weeks before planned summit meetings with American and South Korean leaders; the trip also marks Mr. Kim’s first meeting with another head of state. During the meeting, Mr. Kim told President Xi that he was open to dialogue with the United States, alluding to a summit meeting with US President Trump. Over the years, the relationship between Mr. Kim and President Xi has been rocky, but after the meeting, the Chinese president stated that China “supported efforts to defuse tensions on the Korean Peninsula” and praised Mr. Kim for the recent improvement and comity. 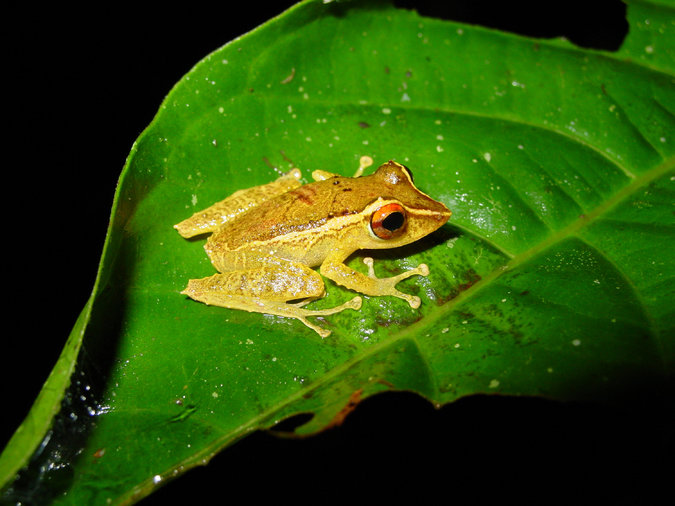 In past years, scientists have come across many sick or dead harlequin frogs in the high-altitude forests of Panama, a region that was once plentiful with the species. Many other species of frog have also completely vanished or have seen a large decrease in population. Many frogs were found with an aggressive skin fungus that was identified as Batrachochytrium dendrobatidis or Bd. Bd is a serious disease that spread from forest to forest and continent to continent, killing more frogs as it continued to spread. However, recently scientists have seen a handful of species begin to come back. After discovering some harlequin frogs again, scientists returned to the forests of Panama and rediscovered other species that had previously vanished. Experts are divided on what has caused this rebound, with factors such as the development of skin secretions and climate change being discussed. 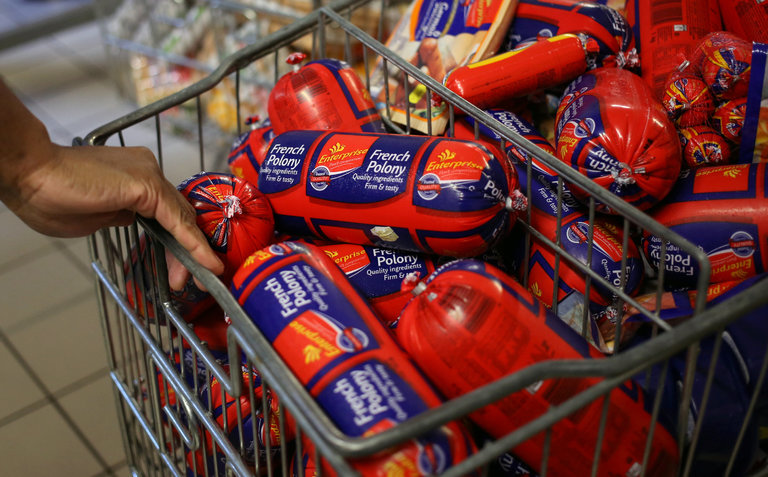 The largest listeria outbreak ever recorded has spread across South Africa over the past fifteen months, killing one hundred and eighty-nine people. Since last January, there have been nine hundred and eighty-two confirmed cases of listeriosis according to the National Institute for Communicable Diseases in South Africa and health officials believe that the source of the outbreak is bologna. Authorities looked into cases concerning specific effects among a cluster of toddlers and were led to a meat production facility in the city of Polokwane, South Africa. Enterprise Foods, a South African meat processor, issued a recall of some of its processed meats in March and food safety experts at the World Health Organization (WHO) will review the company’s exports to fifteen countries across Africa. 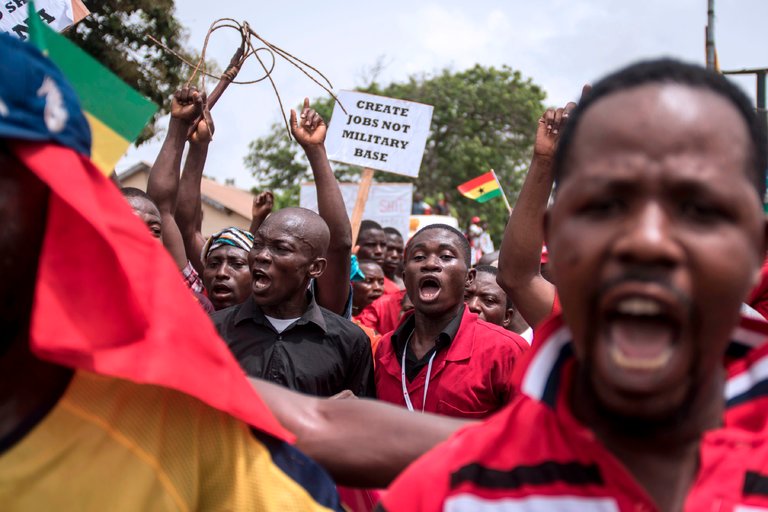 Ghanaians rally in the streets to protest U.S. military deal.

On 28 March, more than 3000 Ghanaians took to the streets of Accra, the nation’s capital city, protesting a deal that gave the U.S. military an “expanded role” in Ghana. The expansion would result in the U.S. investing about $20 million in equipment and training for the Ghanaian military. It would also mean the military will carry out joint exercises with Ghana that will involve using the nation’s radio channels and runways. The deal did not sit well with many Ghanaians as the expansion of the American military has been increasingly scrutinized among citizens. Officials said the agreement was merely an extension of the same arrangement that they had in the past. However, protesters argued that the new deal will compromise their “sovereignty and integrity.” 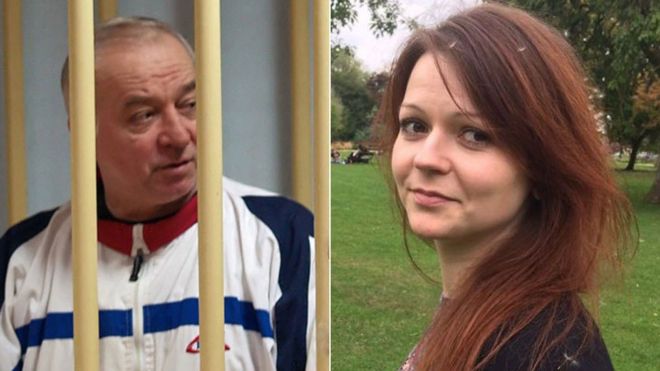 Sergei Skripal and his daughter Yulia were attacked on 4 March. (Image courtesy of EPA/ Yulia Skripal/Facebook)

Russia had initially expelled twenty-three UK diplomats, matching the number of Russian diplomats who were ordered to leave London. However, on 30 March, Laurie Bristow, the UK ambassador in Russia, was told that the UK will have a month to reduce its diplomatic mission in Russia to the same size as the Russian mission in Britain. This raises the potential number of UK diplomats being forced to leave to over fifty, although it is also possible to make up for some of the additional reduction by laying off local staff. The Russian diplomats were expelled after the British government found the Russian government responsible for a nerve agent attack on a former Russian spy and his daughter. Moscow denied these allegations but since the attack on 4 March, twenty-nine countries have expelled one hundred and forty-five Russian diplomats in support of the UK.